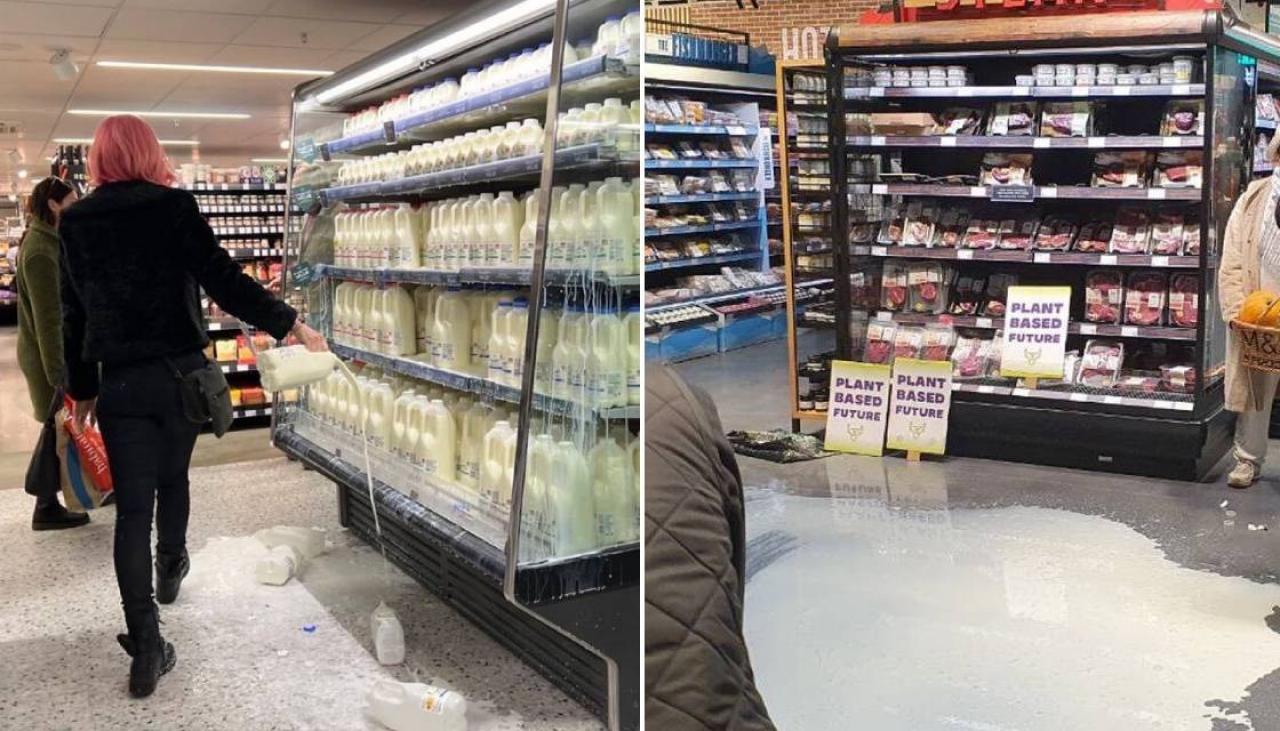 “A plant-based future would see a beautiful world for all of us, thriving with nature and life. The steps to properly support farmers in this transition must start now.”

They also poured red paint inside Farlows, a hunting and fishing store in London, and sprayed paint on the windows of William Evans, a nearby shooting equipment store.

Separately, members of the public clashed with protesters from the climate campaign group Just Stop Oil after activists blocked a main road in east London on Saturday.

Just before midday, around 29 protesters blocked Shoreditch High Street in London, with some demonstrators sticking to the road.

Police later confirmed that 26 people had been arrested for willfully obstructing the motorway, according to Standard UK.

It comes after two protesters from the same climate group splashed tomato soup on a van Gogh painting in London.