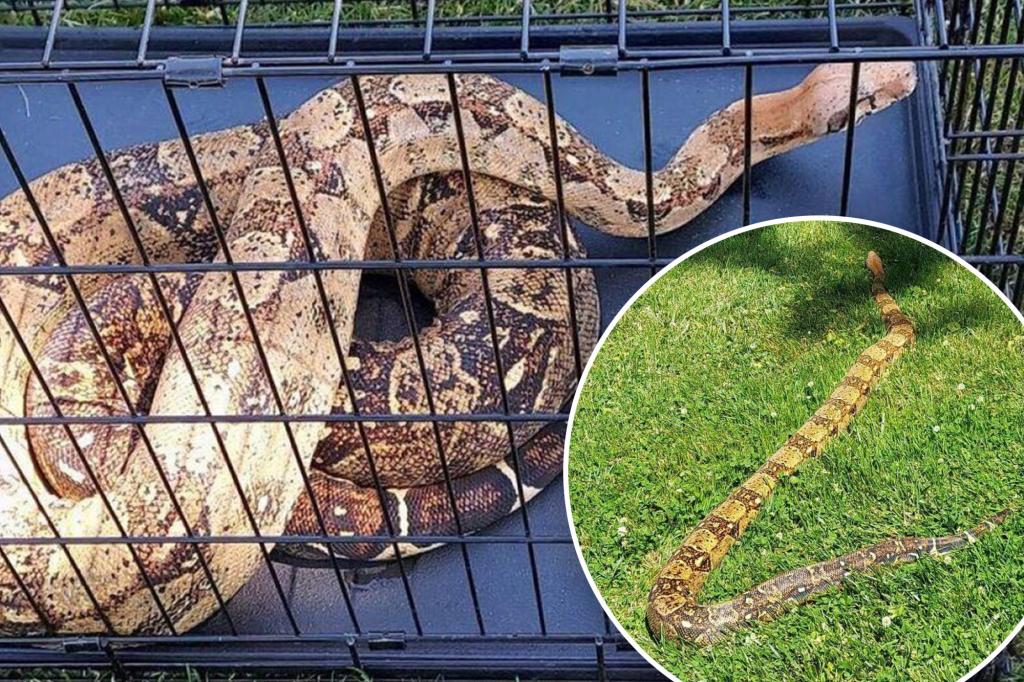 A grandmother found the ‘biggest’ snake rescuers had ever seen

A woman and her granddaughter were scared to see a 9ft boa constrictor in their garden.

Cindy Schmitz recalled relaxing in her Derby, NY home when she heard a neighbor screaming.

“I had no idea what was going on. I ran around the side of the house and there it was. The snake,” she told WKBW-TV. I was terrified. I had never seen anything like it.

Boa constrictors are usually native to Latin America, but had somehow ended up on his lawn.

As Schmitz and her neighbors tried to fight off the snake, she called the Erie County Society for the Prevention of Cruelty to Animals (SPCA).

Jennifer Maleskis, an animal rescue responder and investigator, said upon arriving at the scene, “Honestly, it was the biggest one I’ve ever encountered, and I went ‘wow!'”

Maleskis speculates the snake was an ancient pet that was released into the wild.

“The process of ‘dumping’, or releasing pets and exotic animals into the wild after a period of domestication, is quite common in Western New York. However, animals are usually set up for failure. Either they hurt themselves… or in which case they can hurt you,” she said.

“We don’t know exactly how it happened… but there will be an investigation into it. Dumping, while difficult to prove, is something that can cause real danger, and there are punishments involved here.

The snake is at one of the Erie County SPCA facilities and “is currently in the process of being adopted or claimed,” according to WKBW-TV.