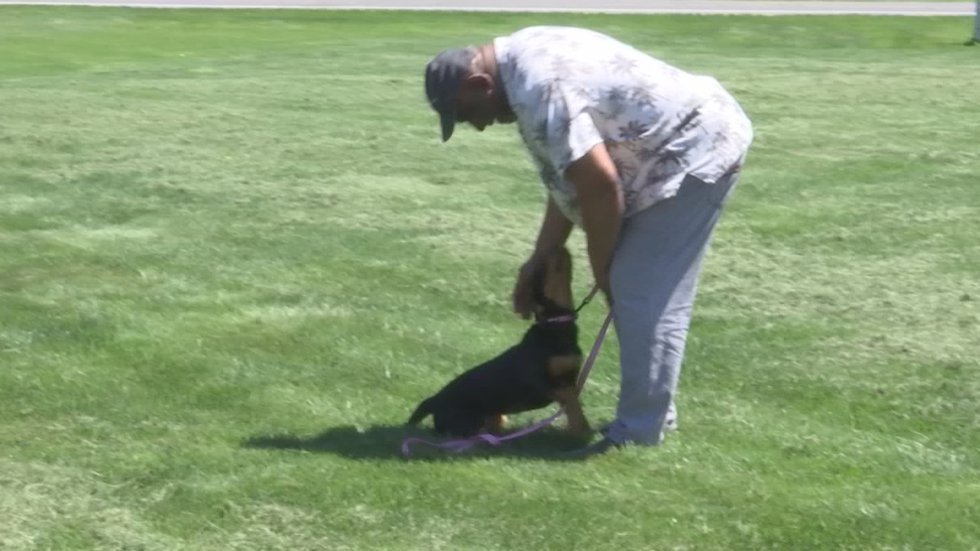 By Rayvin Blue and James Paxson

FREELAND, Mich. (WNEM) — A Navy veteran looking for a new friend and a dog looking for a forever home found each other with the help of the Humane Society of Saginaw County.

Charles Birden, who lost his beloved 14-year-old Rottweiler while recovering from hip replacement surgery, suffers from PTSD, depression and anxiety.

Her dog was a source of comfort and companionship.

“I received a phone call. And oh, my God. I don’t even want to tell you how I answered that phone call when I was told my dog ​​had died. Because it was the first time she was away from me,” Birden said.

He says the loss left a void in his life. A void he hoped to fill with a new Rottweiler.

Going online, Birden found an organization that claimed to have one, but demanded $1,400 for the dog.

Birden took out a loan to get the pup, but the group turned out to be a scam.

“I was very disappointed and upset because I had already lost the dog,” Birden said.

Birden and his VA social worker sent letters to the Humane Society of Saginaw County asking for their help.

“We told him our mission was to get him his dog,” Humane Society president Elizabeth Guarm said.

After some research, a female Rottweiler puppy was found in Texas.

The pup, whom Birden named “Bae,” couldn’t wait to meet him.

“That’s why I’ve been involved in animal rescue for 27 years, it’s people like Charles. That’s it,” Guarm said.

With smiles all around, Birden and Bae left.

Birden was so upset he didn’t get the Rottweiler he paid for that he donated all of his pet supplies, but thanks to the Humane Society he left here well-supplied to live a long and happy life with Bae.

Vegan dog food is emblematic of our unhealthy canine obsession