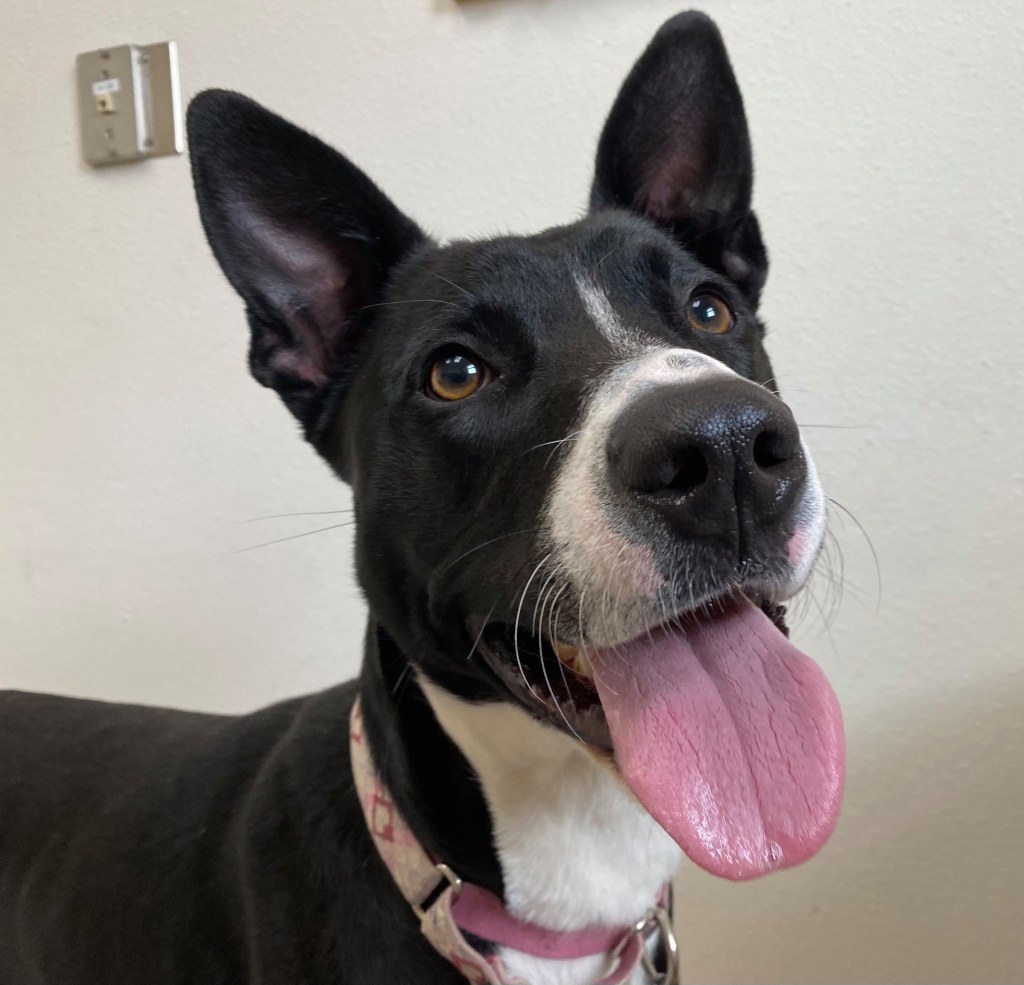 Evie first arrived at the Humboldt County Animal Shelter in October 2020. She is still in the center of McKinleyville, looking for a loving family forever.

“It would be amazing to finally find him a perfect home. We do our best to provide the utmost care to all of the animals in the shelter, but there is nothing like giving them a home of their own, ”said Andre Hale, Animal Control and Facilities Manager , Humboldt County Animal Shelter.

Evie – a 3-year-old puppy who is likely a mix of Dutch Shepherd and Pit Bull Terrier – was found wandering around last fall in Dinsmore. Evie was heavily pregnant when she arrived at the shelter, Hale said.

“She needed to go to foster care to give birth and raise her puppies,” Hale said. “Our collaboration with Redwood Pals (Rescue) helped us facilitate his placement in a foster home.”

Over time, Evie’s 10 puppies were adopted.

“Evie was a fantastic mom. After completing her duties, she was transferred to another foster home to gain a few pounds before returning to the shelter for adoption; it was December, ”said Mara Segal, shelter volunteer and founder of Redwood Pals Rescue.

Evie – who is the shelter’s oldest resident at the moment – is still waiting to find the right adopter, say Hale and Segal.

“We just haven’t found this perfect match,” Hale said. “She has a lot of energy and is looking for someone who wants an active dog. … Evie doesn’t do well with small dogs, but might do well in a house with a dog her size. She would be just as happy to be the only dog.

Segal said, “Evie loves being with people and is very affectionate. She is smart, playful and gentle. She loves all kinds of toys and will make you laugh when you watch her play. Evie would do well with an active family as she is very fit and loves to stretch her long legs.

“She’s a pleasure to be with her and has such a wonderful personality,” Segal noted. “Evie is a curious, intelligent and fun 3 year old girl who is always ready to go on an adventure. She has been great with children of all ages. … Her shepherding instincts make her less a candidate for homes with cats, birds and cattle. Evie gets along well with other dogs and has met some of her neighbors at the shelter. She is an active player and can get along with the big boys.

Evie weighs around 63 pounds, is sterilized, microchipped and up to date on her vaccines. She knows a few commands, such as sit, sit, shake and the like. An ideal home for Evie, according to the Animal Shelter’s Petfinder link – https://www.petfinder.com/dog/evie-49954426/ca/mckinleyville/humboldt-county-animal-shelter-ca866 – would include a good size, secure yard where the dog could play with toys and confident and patient owners interested in continuing their training.

Those interested in meeting Evie should first complete an adoption application at https://humboldtgov.org/2658/Animal-Shelter. After that, call the Humboldt County Animal Shelter at 707-840-9132 Monday through Friday 10 a.m. to 4 p.m. to make an appointment with her.