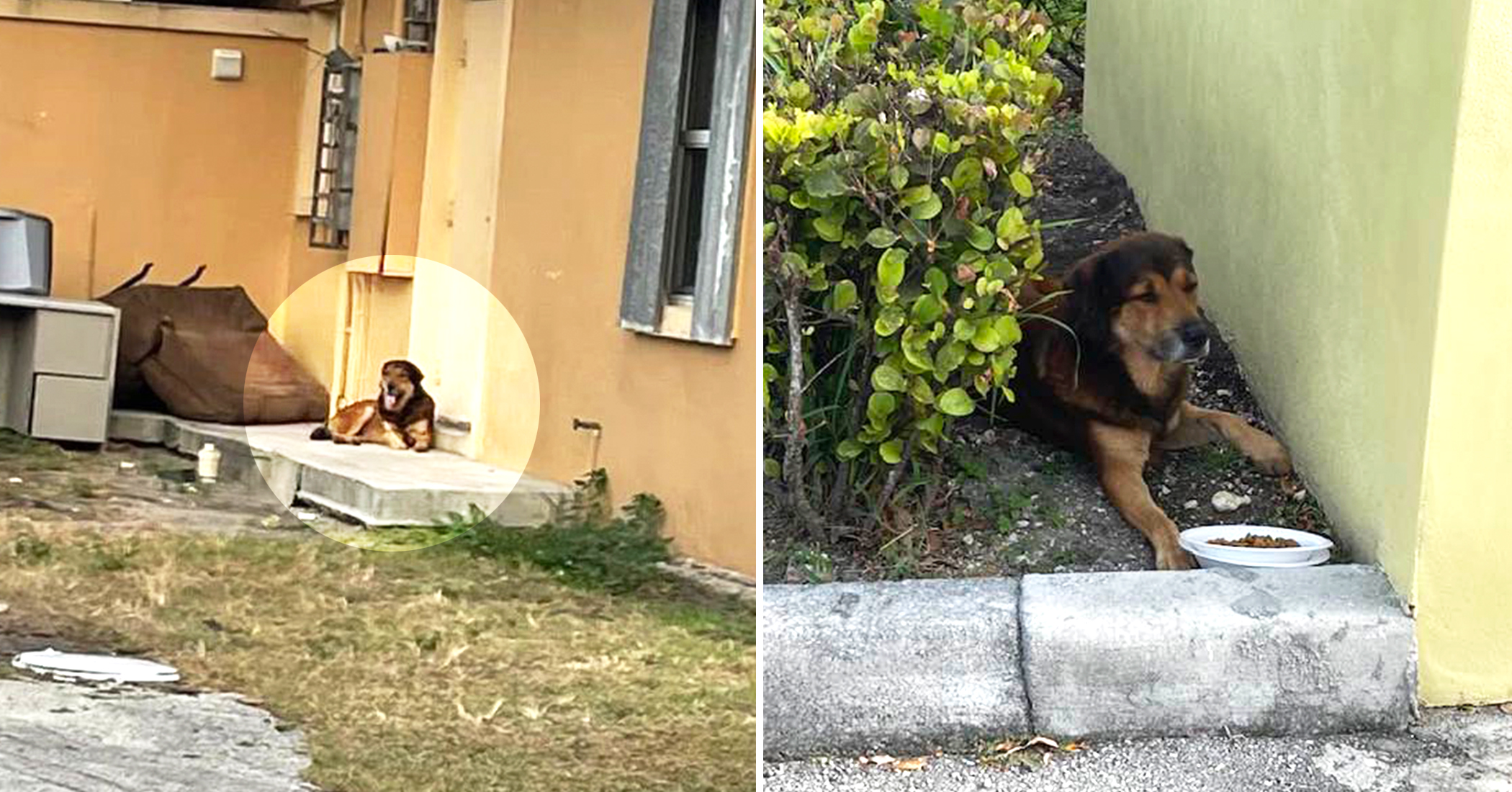 Abandoned by his family who moved away, a loyal dog stood guard outside their home for a month, waiting for them to return, but they never returned. However, his presence did not go unnoticed, as a kind local woman made it her mission to help him.

Denise Guevara, vice president of Everglades Angels Dog Rescue (EADR) in Florida, told The Epoch Times that on July 15, friend and fellow rescuer Gloria Cabal spotted Salvatore alone in the yard of a homestead without food. nor water.

“She found out the family had moved out and left Salvatore in the yard. Why do you ask? We will never know! We ask every day how people can abandon their animals,” Guevara said. “Gloria posted and tagged for a salvage to take it once she was able to pick it up. The EADR has undertaken to take it.

Little did they know it would take them a month to welcome him.

Gloria visited Salvatore whenever she had the chance, leaving food and water for him, but was unable to touch him for a while, as Salvatore wouldn’t touch the food until Gloria was nearby. “She couldn’t keep him on a leash or trap him. He was making a low growl, but nothing aggressive,” Guevara said.

In a Facebook post, the charity shared that neighbors know Salvatore as a “good pet”, especially with his former owners’ two children. This is a 5-6 year old blackmouth mix dog weighing 66 pounds (about 30 kg) and a beautiful dog, “apart from the sadness in his eyes”.

Every day, Gloria did her best to win over Salvatore. She ended up wagging her tail and was able to feed the wary dog ​​with her hand. When estate agents visited the property on July 31, they drove Salvatore out of the yard into the park across the street, which then became his home. Gloria never gave up on catching him and in August her efforts paid off.

Guevara told The Epoch Times, “A storm was coming and Gloria got permission to go to the front door of the house. Salvatore walked into his old home, and at that point, almost a month later, she was able to crate him and bring him to our vet. On August 19, Salvatore was in our care.

The nervous pup quickly warmed up to his rescuers. Staff at Seiler Animal Hospital in Fort Lauderdale gave him “a few days to decompress” before a full checkup. The neglected dog needed vaccinations, a few broken teeth removed, neutering and a microchip, which he had never had.

After being transferred to the EADR shelter, he quickly became a favorite with volunteers. Then a friendly family reached out.

“We were contacted by a family member whose family many years ago adopted one of our rescued American Bulldogs,” Guevara said. “Unfortunately he passed away last year from cancer and the son was looking for a new member to join the family. It was a match made in heaven.

Salvatore joined his forever family on October 16. EADR shared the good news on Facebook, posting a photo of a smiling Salvatore and his new owner, Chris.

EADR was founded on Valentine’s Day in 2014 and has been a 100% volunteer based 501C3 charity ever since. They focus on abandoned dogs; not to discriminate on the basis of race or size; and every dog ​​rescued from Florida’s Everglades region receives medical attention, microchipping, vaccinations, neutering and blood work.

EADR even has a thrift store, Treasures4Tails, run by volunteers to help raise funds for medical bills.

The charity provides socialization and behavior training before each rehabilitated animal is placed in a suitable forever home. “We do a family interview once the application is received, home and background checks, and meetings with other family pets to make sure they’re compatible,” Guevara said. “We believe that adopting a healthy, well-adjusted dog is essential to our mission to help prevent the future abandonment cycle.”

EADR has rescued nearly 800 dogs to date and given Salvatore his totally happy ending.

Share your stories with us at [email protected], and keep getting your daily dose of inspiration by signing up for the Inspired newsletter at TheEpochTimes.com/newsletter

Louise Chambers is a writer born and raised in London, England. She covers inspirational news and human interest stories.

Meet Thackary in this segment 16 To The Rescue