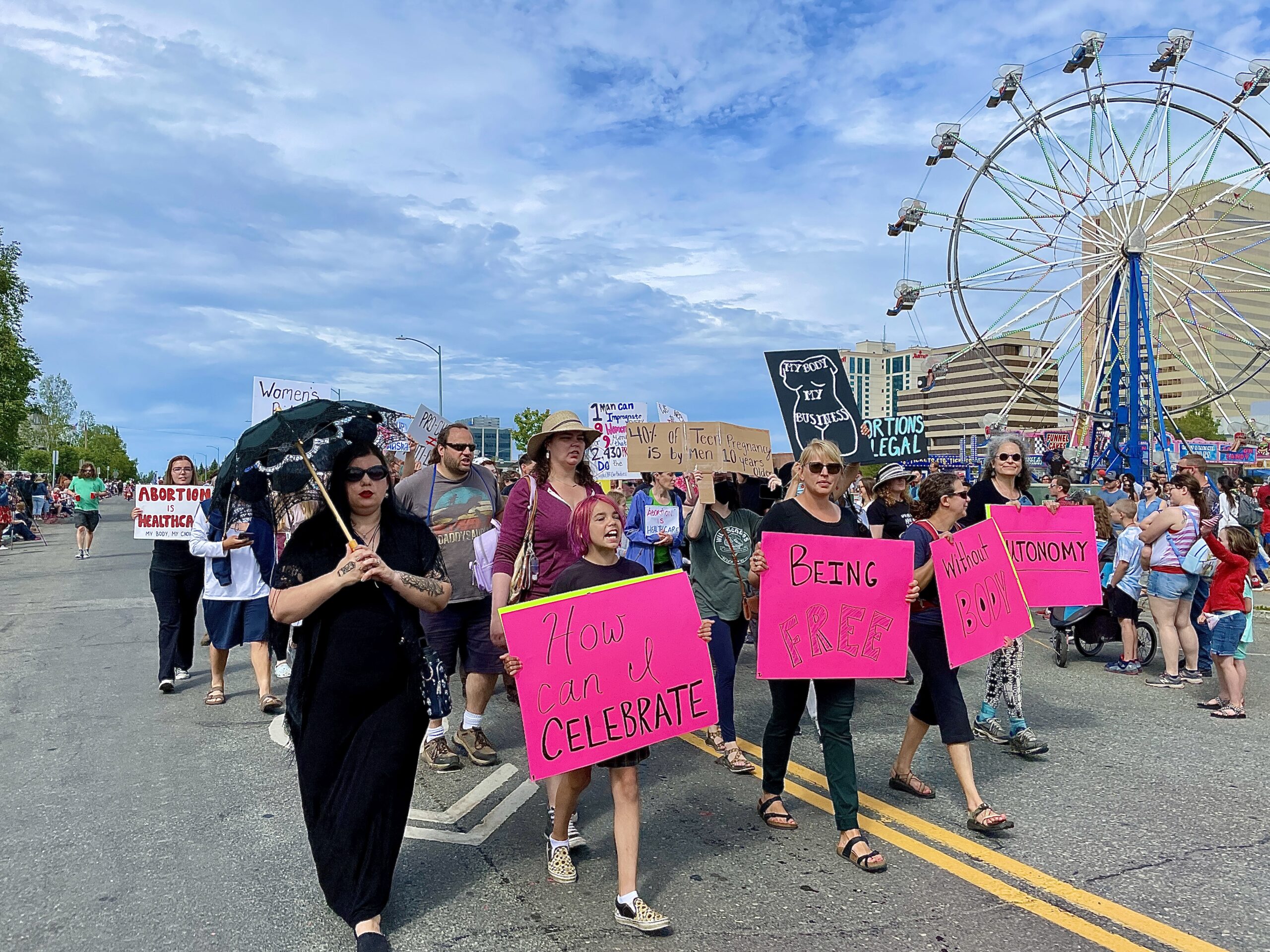 The Fourth of July parade in downtown Anchorage gained a political element not allowed this year on Monday when an impromptu contingent of abortion rights advocates decided to march.

A group of about 20 people chanted “Freedom is choice”. Their handmade signs included one saying “My body, my business.”

Organizers said they lined up with the registered groups moving in the streets and no one tried to stop them. Some protesters said they joined on the fly.

April Rochford said speaking out was the only way Independence Day had meaning for her now.

“I was born in a country where I was guaranteed certain rights and now they are gone,” she said.

The United States Supreme Court overturned Roe v. Wade last month, removing federal abortion rights protections. The 6-3 decision is celebrated by many conservatives and others who believe abortion is morally wrong. It also sparked a wave of protests, including demonstrations by people supporting abortion rights at July 4 celebrations across the country.

The rules for last year’s Anchorage Parade are posted online. They specify that political signs and materials are not permitted.

Republican U.S. Senate candidate Kelly Tshibaka’s campaign was supposed to go ahead but didn’t show up. According to the right-wing blog Must Read Alaska, the group of veterans organizing the parade refused entry to the group.

[Sign up for Alaska Public Media’s daily newsletter to get our top stories delivered to your inbox.]

Everything you need to know about emergency funds