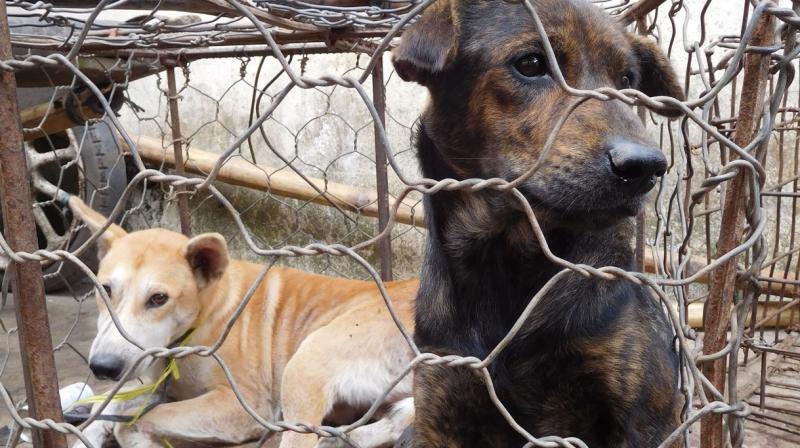 Hyderabad: Animal rights activists have expressed concern over a number of breaches of the law and problems faced by pet owners and the outright violation of the Animal Transport Rules 1978.

Animal transport rules state that animals must be transported in prescribed containers that are certified by a qualified veterinarian. However, government and private vehicles transport animals in cramped and stressful environments, such as in the luggage compartment of buses.

Akhil Kumar, an animal rights activist, said around 300 puppies of different breeds are regularly transported from Bengaluru in private and RTC buses.

He said: ‘During the 10 hour journey the animals don’t even get food or water. Most of them develop chronic illnesses or die of suffocation. There is a serious under-reporting of such cases by the officials concerned. »

Another life-threatening problem that pet owners claim to face is rampant quackery in veterinary services. Either the doctors in public hospitals are unavailable or they refer pet owners to their private clinics, which charge exorbitant fees and their treatment does not provide relief to the animals.

Recently, a city dog ​​suffered second-degree burns while undergoing routine surgery at a private veterinary clinic. The dog, it is said, cried for 18 hours in agony. An FIR has been filed against the doctor involved, but no action has been taken so far, a government veterinary official said.

MNC employee and dog owner Sunanda Mishra recalled her ordeal during her visits to one of these private clinics. She said, “For a routine checkup, the overhead is Rs 600. For a bath they charge around 1000 rupees. Pet care is getting expensive day by day.

Deven Baheti, animal rescuer and activist, said: “There is a significant shortage of qualified vets in public and private hospitals.”

“Of about 70 pet stores, only six have valid licenses. There are several private pet clinics that operate illegally. The legalization and registration of these pet shops and clinics is entrusted to the National Council for Animal Welfare. Our hands are tied,” a senior GHMC official said, speaking on condition of anonymity.