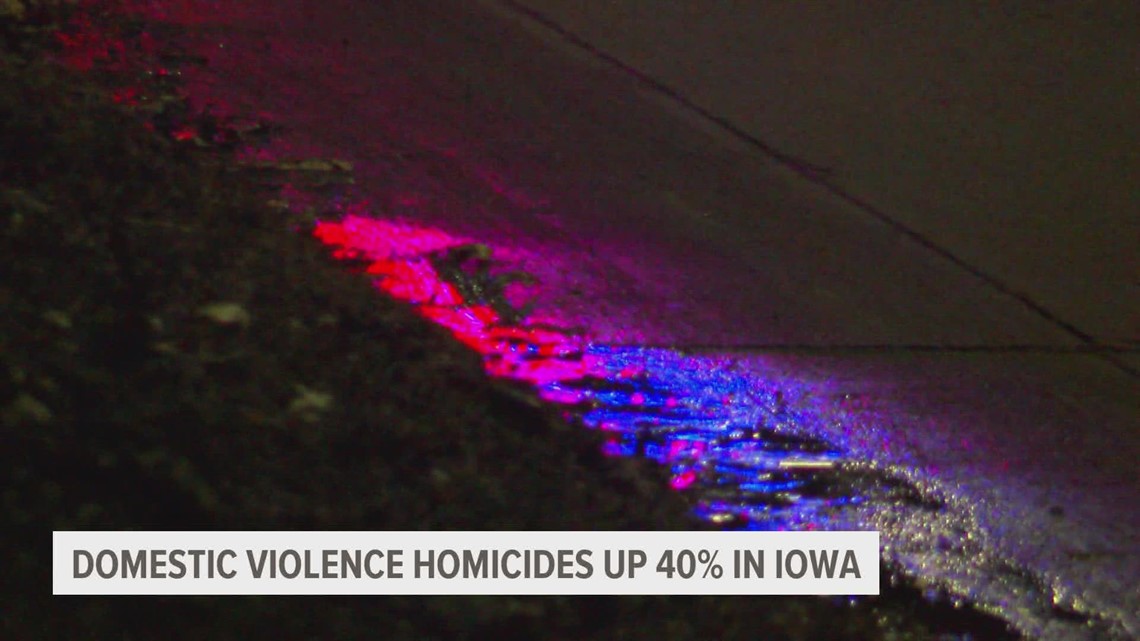 The Iowa Coalition Against Domestic Violence says the impact of the pandemic on survivors has been severe. They urge lawmakers for more funding.

Domestic violence advocates call it the “shadow pandemic.” A crime that usually occurs behind closed doors and out of public view.

The pandemic has brought new stressors for survivors, such as job loss, food insecurity and lack of affordable housing. Advocates say that at this time the demand from survivors seeking help has not diminished.

In fact, it has only increased.

“We know that the Iowa Victim Call Center in fall 2021 had some of its highest numbers since its inception,” said Lindsay Pingel of the Iowa Coalition Against Domestic Violence.

Pingel says other statistics show exactly how dangerous the rise has been for survivors.

“We saw in Iowa a 40% increase in homicides over last year.”

The Center for Investigative Reporting analyzed FBI data and found that domestic violence homicides involving a firearm increased 58% over the past decade.

“We know that every time a gun is present in an already unhealthy situation, a survivor is increasingly vulnerable,” Pingel added.

“Domestic violence calls have always been at the top of the list when it comes to calls we get to help people,” said Sgt. Paul Parizek with the Des Moines Police.

Parizek says these types of calls are dangerous not only for the victim, but also for responding officers due to their unpredictable nature.

“They are also very dangerous for police officers,” Parizek said. “We’ve had over 100 officers shot this year in the country, which is an increase of about 63%. And many of them were shot in response to domestic disputes.”

The increase in domestic violence incidents in Iowa and across the country comes as federal funding was cut just before the pandemic. Even though President Biden has approved legislation to reallocate funds to fix the deficit, supporters believe the impact of those cuts will take time to undo.

“Every time there’s a cut in funding, we have to do more with less,” Pingel said. “And sadly, those who wear it the most are the survivors in need.”

If you want to know more about the services offered by ICADV, click here. If you need help with any of these relationships, call 1-800-770-1650 for the Iowa Victim Call Center.

Turkey steps up safety efforts for stray animals and citizens

Mom dog, 7 puppies rescued from their home in Orlando