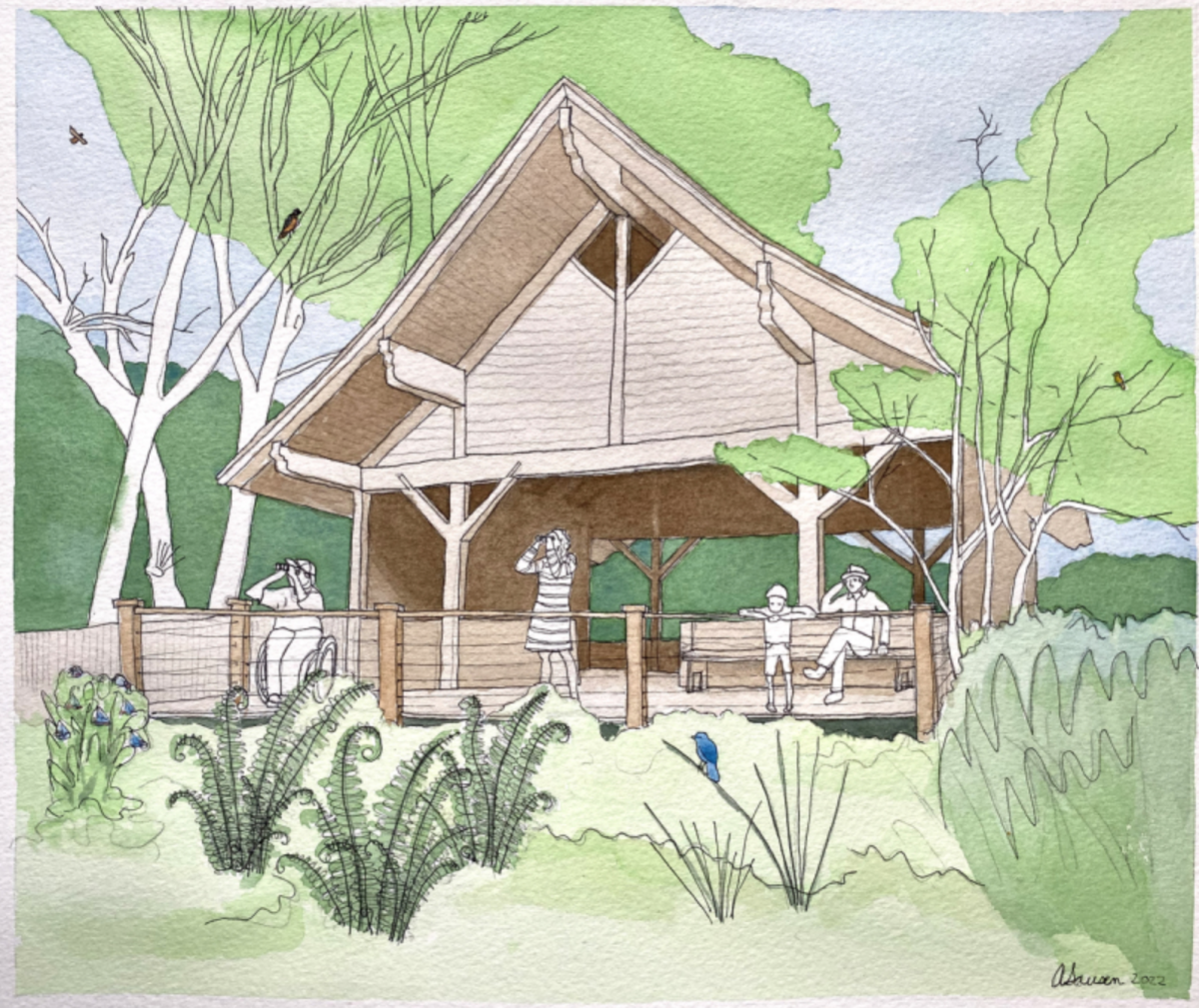 A local organization is approaching its fundraising goal to help create a new, more accessible experience at one of the Twin Cities’ most popular birding spots.

The Roberts Bird Sanctuary in Minneapolis spans 31 acres in Lyndale Park, north of Lake Harriet. The location is particularly popular with Minnesota’s birding community for the impressive array of warblers and other migratory species seen at the sanctuary each spring and fall.

Friends of Roberts Bird Sanctuary, a nonprofit organization dedicated to preserving the sanctuary, is partnering with the Minneapolis Park and Recreation Board to improve site accessibility without compromising habitat.

The organization is currently short by approximately $4,000 to meet its fundraising goal of $30,000 for a new wooden deck to be built at the east visitor entrance.

“It’s part of a larger discussion about what to do to get to the sanctuary,” said Stephen Greenfield, president of the organization.

The terrace designed for the sanctuary is planned to replace the existing entrance shelter. Unlike the current structure, the terrace will provide visitors with a platform to sit and view wildlife.

Mark Paller, a longtime Minneapolis resident who often visits the sanctuary, said this is especially important for park users with disabilities.

Paller, who uses a wheelchair, organizes guided birding trips in the Twin Cities for people with reduced mobility. He remembers once arranging a visit to Veterans Park in Richfield, where there are wide paved paths and plenty of accessible parking.

“Half of the people on our walk didn’t use any devices, just had difficulty walking,” Paller recalls. “To get just over 1,000 feet was a challenge – no amount of paving or leveling would help them.”

Back to the drawing board, Paller decided instead to organize outings to the bird feeders behind the Minnesota Valley National Wildlife Refuge visitor center. It’s a balance, he says, between what you’re able to see and the effort it takes to get there.

At Roberts Bird Sanctuary, Paller said he was able to navigate the dirt road in his wheelchair, but added that there were no “two identical wheelchair users”. For him, the plastic board covering part of the trail is more of a concern than tree roots and other obstacles on the dirt road.

“I wouldn’t even try,” he said, adding that the flood-prone promenade is often slippery and dangerous.

But, thinking of the birdwatchers he’s encountered on his guided outings, Paller said he hopes the addition of the deck and viewing platform — and perhaps more benches — would go a long way to making the sanctuary more accessible to people with disabilities.

Greenfield, with the Friends of Roberts Bird Sanctuary, said he would like to see the boardwalk removed, but generally opposes paved paths as an alternative. On the contrary, a walk similar to that of the Eloise Butler Wildflower Garden is the type of amenity they covet.

Robin Smothers, spokesperson for the Minneapolis Park and Recreation Board, said there were no plans to remove the existing plastic boardwalk, but consideration was being given to installing something similar to Eloise Butler’s walkway. and remains a possibility.

If such a boardwalk were installed, it would take visitors from the existing main trail to the wetland for waterfowl viewing.

As for the pavement, Smothers said there was no consideration for paving paths in the sanctuary. Rather, the paths on the site are intended to be either boardwalks or natural surfaces, such as agricultural lime or existing soil.

To support fundraising efforts for the terrace, the Friends of Roberts Bird Sanctuary is hosting an art auction, modeled after the Friends of Sax-Zim’s “little birds” auction. Bog.

Until September 25, donations of “tiny animal art” are being collected for an upcoming art sale.

The $30,000 the organization hopes to raise will be in addition to an additional $20,000 taken from funds dedicated to the East Harriet neighborhood park.