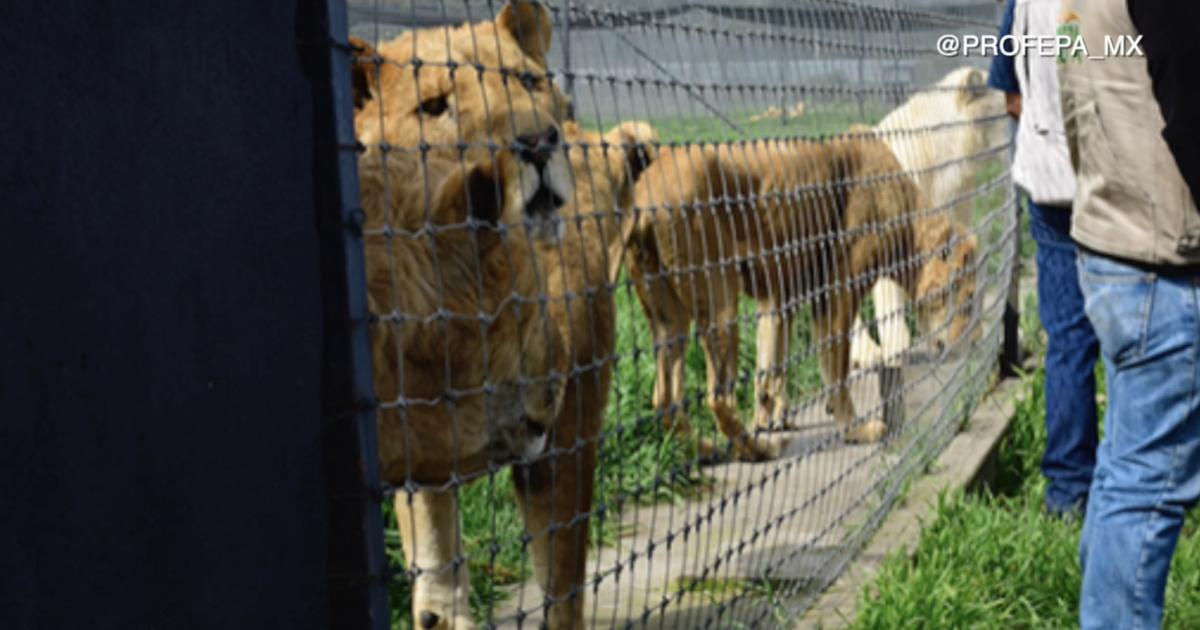 Some 200 animals, mostly big cats, were found in “deplorable conditions”.

“It’s super heartbreaking. It’s always the animals that pay. It’s not their fault,” said Bobbi Brink, founder of Lions Tigers & Bears, an exotic animal rescue organization in Alpine. Most of the animals are in poor condition. Many of them are on the verge of death. They are starving to the point of eating their tails.”

The foundation that operates the facility in Mexico is based in Los Angeles. Celebrities have visited the establishment.

“There were a lot of celebrities traveling there, having their picture taken, rolling around in the grass with the babies and donating,” Brink said.

It is Brink who is now fundraising for medical supplies to treat the seized animals. She’s already sent for $8,000.

She also started a petition asking the Mexican government to allow the animals to be sent to rescues across the United States.

She fears there is a lack of space at facilities in Mexico, pointing out that there are no accredited sanctuaries in the country.

“The biggest goal is to make sure these animals don’t go from this terrible situation to another terrible situation… being used for breeding. Just outside the cruise terminals you can have your picture taken with the babies… I feel like this case has educated a lot of people. Could get some help stopping it,” Brink said.

Brink hopes his efforts bear fruit. She hopes to help start an accredited sanctuary in Mexico.

As for her petition, a Mexican zoo official spent the last week rescuing her. He and some Mexican politicians seemed receptive to his idea.

If Mexico approves, Brink hopes to put the animals on a single cargo flight.

Brink says his rescue has room to house between one and three of the animals.

As for the rest of the animals, Brink says she and her team would drive them to sanctuaries that agreed to take the animals in.

In an interview with Televisa, the founder of the sanctuary in Mexico denied abusing the animals, saying they were in poor condition when rescued.