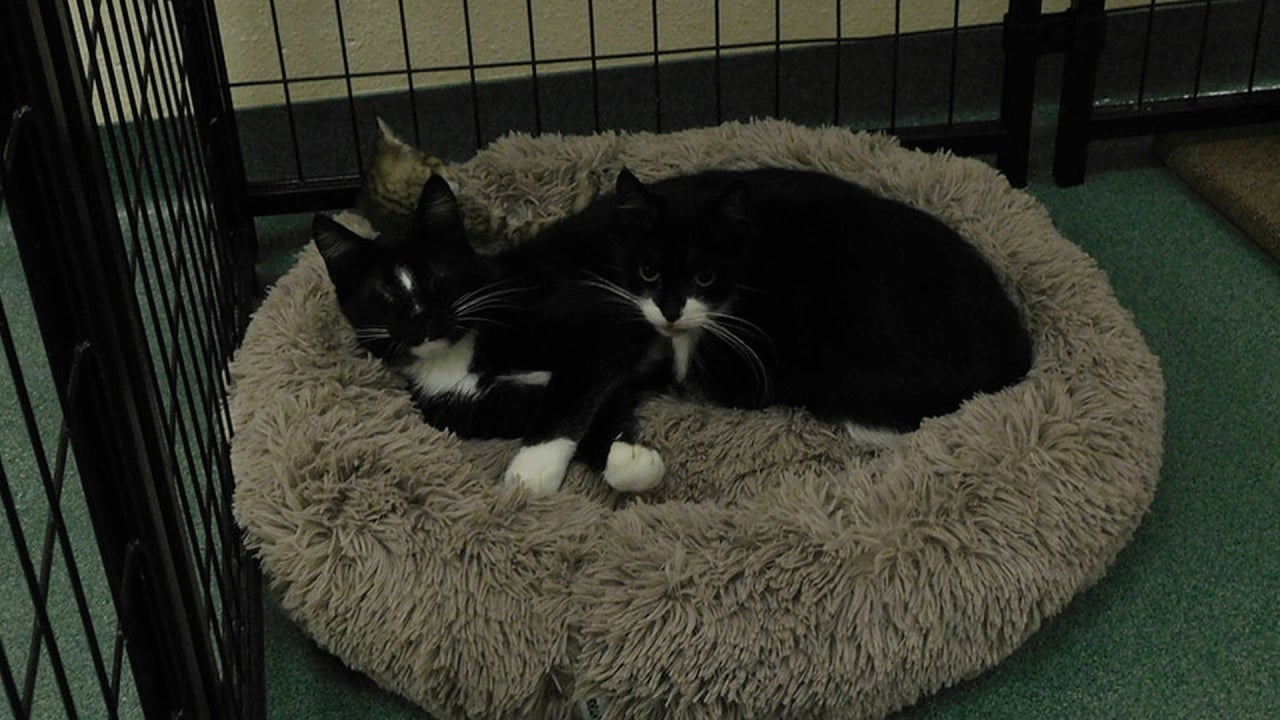 The Sioux City, Iowa Animal Adoption Rescue is looking for someone to bring home a trio of cats who have become family under special circumstances.

The rescue brought in a blind cat born without eyes, whom they named Keller, and a few days later rescued a cat who appeared to be his mother. Keller and her mother are inseparable, and it’s clear that she is Keller’s “seeing” cat, according to KCAU.

â€œWe brought him in, and he was very confused, very confused. In about a day, we ended up finding the female that we assume to be her mother, â€Cindy Rarrat, director of Sioux City Animal Adoption and Rescue, told the station.

Unfortunately, after further testing, the rescue realized the cat had serious health issues, including a tumor they had removed, so they thought it would be a good idea to bring in a third cat to help. family.

The shelter chose a 9 week old kitten named Trixie, and it seems to have worked. Rarrat told the outlet that Trixie is now learning to help Keller get around and the mother cat is able to relax a bit and watch them play. Now the rescue is looking for a home that will accommodate the three cats.

â€œWe were looking for that special house, that special someone who would give these guys a chance,â€ Rarrat said.

Those interested can submit an adoption application for the small family here.