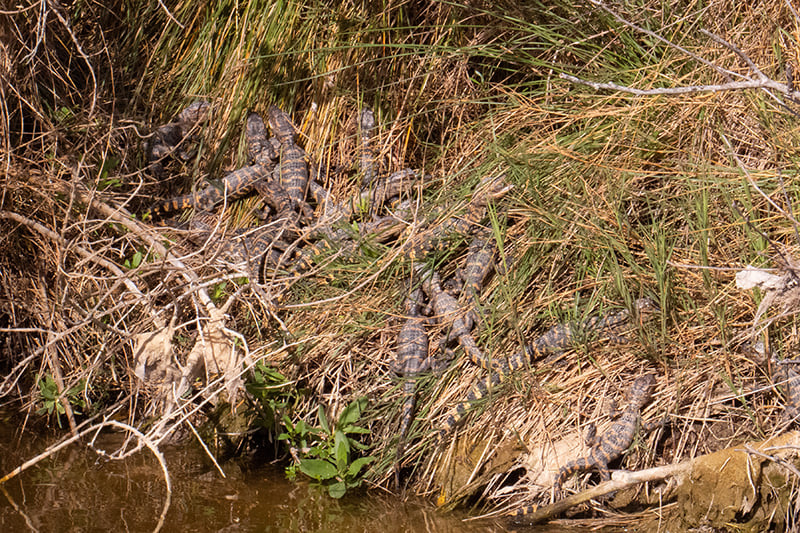 There’s probably nothing cuter than baby alligators. A Texas shelter volunteer spotted 20 of the tiny reptiles while hiking a trail last weekend.

Aransas National Wildlife Refuge, located in Austwell on the southwest side of San Antonio Bay along the Gulf Coast, posted the photo their volunteer Kevin Doxstater took on the Heron Flats Trail . The photo showed the baby alligators which likely hatched last year, according to the shelter.

Baby alligators typically stay with their mothers for up to two years, the shelter added.

According to its website, alligators are no strangers to the shelter. Visitors can spot them by walking the trails on the property. In Texas, the American alligator ranges from the Sabine River in eastern Texas to the Gulf of Mexico through coastal marshes to the Rio Grande and west to around Interstate 35.

The American alligator is common in swamps, rivers, bayous and marshes along the Gulf Coastal Plains, according to the Texas Department of Parks and Wildlife. Once an endangered species, the alligator is now a protected game animal in Texas. Special permits are required to hunt, breed or own alligators.

As of October 1, 2003, it is a class C misdemeanor punishable by a fine of up to $500 for anyone caught feeding an alligator (so stay away from them) .

Cameroon: Wildlife trafficker sentenced to more than a year in prison