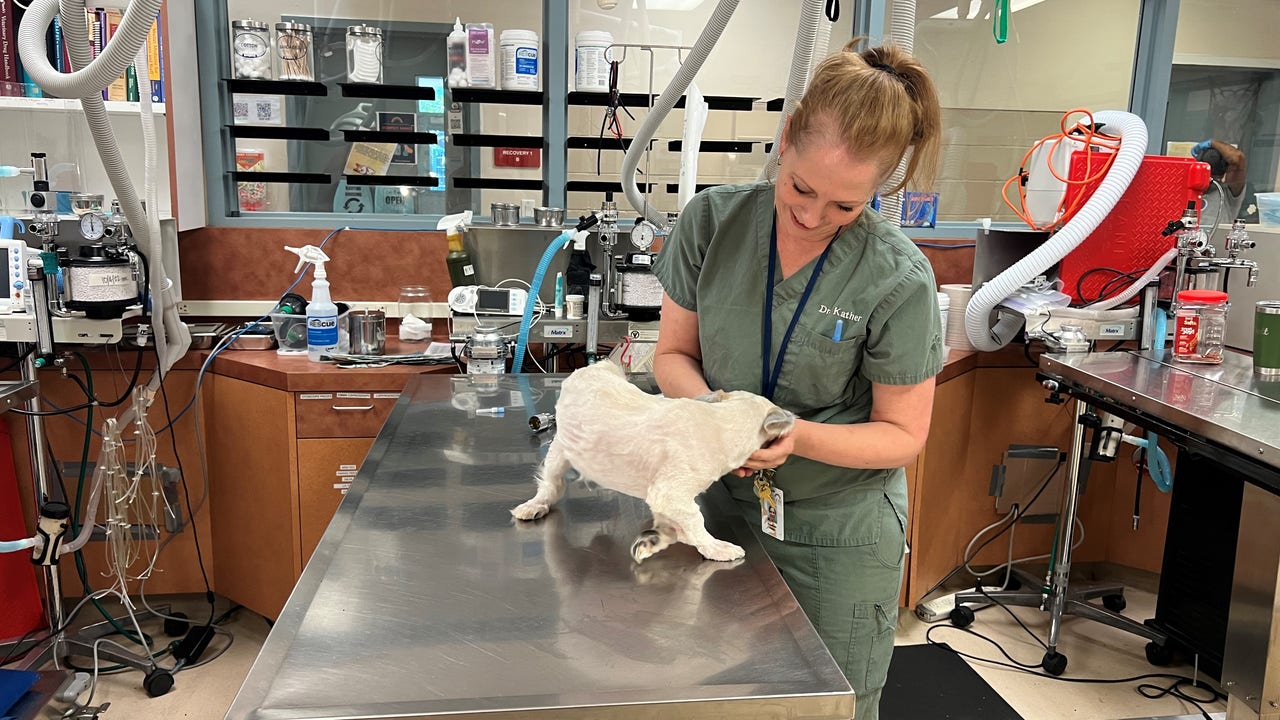 A problem partially fueled by a pandemic is affecting animal shelters in the Bay Area and the country. The result is shelters at or near 100% capacity.

SAN JOSE, CA. – A problem partially fueled by a pandemic is affecting animal shelters in the Bay Area and the country. The result is shelters at or near 100% capacity.

“If you walk through one of the kennels, you’ll see the dogs jumping and barking and being very annoyed,” said Erin Cizan, senior public representative for San Jose Animal Care & Services.

The noise of kennel stress echoes inside the large Monterey Road facility in the Communications Hill section of the city.

Officials are looking for volunteers and asking residents to accept adoptions, to reduce their capacity rate by 90% for large dogs.

Cizan said a confluence of factors has caused an overabundance of dogs, cats, rabbits, birds and other animals.

“Unfortunately our vet left earlier this year. And that left a void,” she said. “More animals are coming into the shelter, and we can’t adopt them until we complete these operations.”

Recently hired veterinarian Elizabeth Kather came from the Santa Clara County shelter. Normally, she performed spaying and sterilization surgeries five days a week. But a shortage of technicians to help her cut surgeries to two days.

“The volume of animals in this facility is much larger than the county would accommodate,” Kather said.

The problem of overcrowded shelters does not only affect San Jose. Shelters across the country have the same problem.

San Francisco Animal Care & Control officials posted on Facebook Monday, asking residents to “…delay releasing dogs if possible. Please wait to return your dog until later this week – or next week – if possible.”

“I think this is a dire situation,” said Rebekah Davis-Matthews, spokeswoman for Sustain Our Shelters.

She and others have sounded the alarm over the growing crisis. They organize volunteer efforts to help reduce the workload.

“We’re trying to work collaboratively with shelters with the pet population so that more animals can receive services,” Davis-Matthews said.

These efforts are having marginal success, as strained Bay Area shelters continue to struggle to keep up with growing demand.

The city of San Jose recently increased salaries for veterinarians, in an effort to recruit and hire top talent. But the bay’s high cost of living, and now high inflation, are hurting that effort.

Contra Costa Animal Services posted on Twitter and said they are offering all cats and kittens to qualifying homes free of charge as the shelter is completely full.

Should animals have personality rights?