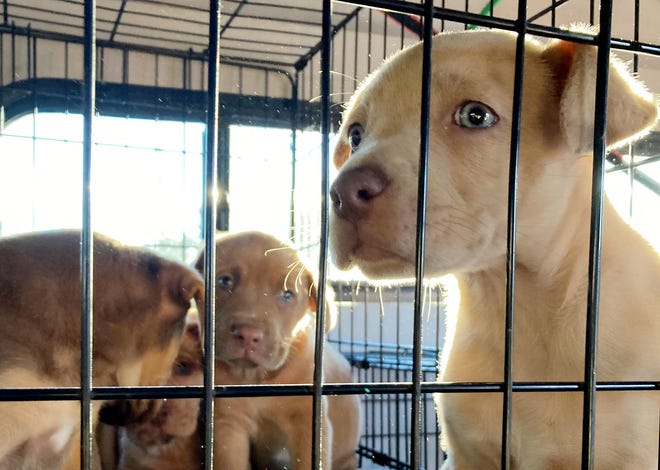 Owners of dogs and cats in unincorporated areas of Caddo Parish will be required to have their pets spayed or spayed beginning Friday. The requirement will last for at least the next two years.

“Caddo Parish Animal Services currently welcomes between 4,000 and 5,000 animals each year,” read a statement from CPAS director Travis Clark. “With the passing of this order, the goal is to humanely reduce the number of dogs and cats in the care of animal services and to reduce any subsequent euthanasia as we move towards population control.”

After:Should Caddo Parish require all dogs and cats to be neutered?

Effective immediately, the requirement will end on June 30, 2024, but may be extended based on program success.

The ordinance originally applied only to pit bulls, but activists and commission members said the parish’s cat problem was just as serious as its pit bull problem, which led to a modification of the order.

Figures from Caddo Parish Animal Services show that more pit bulls were euthanized by the parish last year than all other types of dogs combined. While pit bulls make up more than half of those killed at the pound, they only make up a quarter of those captured — which, according to Parish Paws founder Megan Everett, is still a disproportionate number, but shows how difficult it is to find new homes for stray pit bulls.

The requirement will not apply to pets that have a chronic health condition, pets registered with certain pedigree associations and kennel clubs, or owners with breeding or intact licenses that are being renewed every year.

Kendrick Dante writes for the USA Today Network and is a government watchdog reporter in Shreveport, Louisiana. He loves cooking, concerts and content. Email him at [email protected] or connect on Twitter @kendrickdante.

Fun for you, scary for your pet. Celebrate the 4th of July weekend with a new furry friend. July 2-3