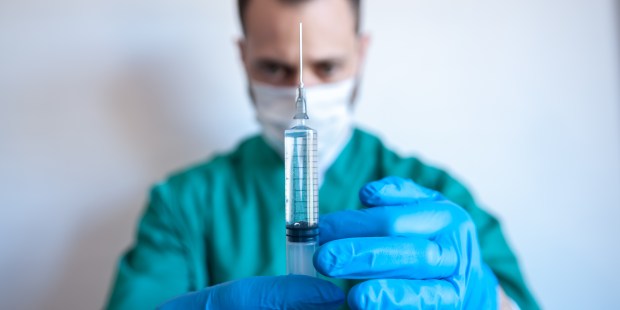 Canada, which recorded more than 10,000 cases of euthanasia last year, is preparing to expand access to what it calls medical assistance in dying.

Canada recorded more than 10,000 cases of euthanasia last year, and the country is set to expand access to what it calls medical assistance in dying next year. But campaigners warn that current laws regulating euthanasia and assisted suicide are already too loose.

The law has already expanded access since it was first enacted in 2016, in response to a Supreme Court of Canada ruling. At first, euthanasia and assisted suicide were legalized for people aged 18 and over if they suffered from a serious condition, disease or disability that was in an advanced state of decline and irreversible and that they were enduring “unbearable physical or mental suffering which cannot be relieved under conditions which the patients deem acceptable. A person’s death had to be “reasonably foreseeable”, and the request for euthanasia had to be approved by at least two doctors.

A later amendment authorized procedures for people who were not terminally ill. This has significantly expanded the number of eligible people, and the figure of 10,000 euthanasia deaths for 2021 represents a 33% increase over the previous year’s statistics.

“Next year, the country is ready to allow people to be killed exclusively for mental health reasons. It is also considering extending euthanasia to “mature” minors – children under 18 who fulfill the same conditions as adults,” the Associated Press reported.

The AP’s Maria Cheng filed a report describing instances where assisted suicide or euthanasia were agreed to or pushed through without sufficient oversight.

Roger Foley, who suffers from a degenerative brain disorder and is hospitalized in London, Ont., said he was so alarmed by staff members mentioning euthanasia that he began secretly recording some of their conversations.

In a recording, the hospital’s ethics director told Foley that for him to stay in the hospital it would cost “north of $1,500 a day,” said AP, which obtained the recordings. Foley replied that mentioning the fee sounded like coercion and asked what the plan was for his long-term care.

“Roger, this is not my show,” the ethicist replied. “My part of this was to talk to you, (to see) if you had an interest in physician-assisted dying.”

The hospital said there was no prohibition on staff raising the issue.

Catherine Frazee, professor emeritus at Ryerson University in Toronto, told the news service that cases like Foley’s were likely just the tip of the iceberg.

“It’s hard to quantify it, because there’s no easy way to track these cases, but I and other advocates routinely hear from people with disabilities every week who are considering (euthanasia),” Frazee said.

In another case, Alan Nichols, a 61-year-old man who had a history of depression, was put to death without his family’s knowledge. In the petition Nichols filed for euthanasia, the only medical condition he listed was hearing loss.

Nichols’ family said he lacked the ability to understand the process and was not in unbearable pain. They accused hospital staff of improperly helping him request euthanasia.

Disability rights advocates are calling for reform. Heidi Janz, adjunct assistant professor of disability ethics at the University of Alberta, said “a person with a disability in Canada has to go through so many hurdles to get support that it can often be enough to tip the balance.” and lead her to euthanasia. .

Last year, three United Nations human rights experts wrote that Canada’s law on medical assistance in dying had a “discriminatory impact” on people with disabilities and was inconsistent with Canada’s obligations to respect the international human rights standards. They said the law appeared to violate the United Nations Universal Declaration of Human Rights.

Theresia Degener, professor of law and disability studies at the Protestant University of Applied Sciences in Germany, said allowing euthanasia based solely on disability was a clear violation of human rights.

“The implication of (Canadian) law is that a life with a disability is automatically less worth living and in some cases death is preferable,” Degener told AP.