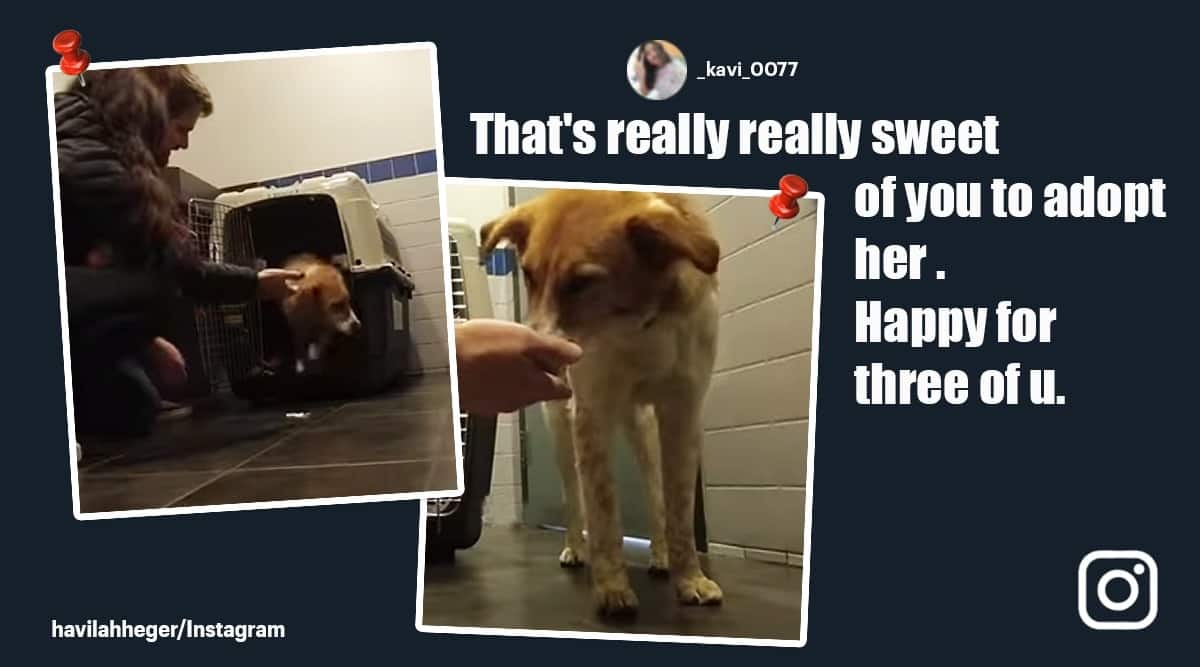 Welcoming a new pet into a family is always special. However, for one couple, it was something extraordinary as their dog literally traveled the world – from India to Canada – to arrive at his forever home. Now, a sweet video of the Canadians meeting their four-legged family member is melting hearts online.

While people in India are mostly eager to buy foreign dog breeds, this couple is winning hearts online for their decision to adopt a stray Indian outcast rescued from the streets. After several months of anxiously waiting and completing a ton of paperwork, Havilah Heger Wiley and her husband Stephen were finally able to meet the dog.

In an Instagram video, the young couple documented their unique day as they nervously drove to the airport to pick up the dog they named Indy. The video shows the dog gently approaching the couple stepping out of the carrier and sniffing at their new family members.

“A little shy at first, but it didn’t take long to bond. Welcome home Indy,” the couple wrote in the caption. The dog was adopted by Dharamsala Animal Rescue in India.

In another post digging deeper into Indy’s adoption story, the woman added that it took the desi canine five days to reach her new home, including two days of waiting for her onward flight to Toronto . “She’s sweet, gentle, goofy and FULL of energy,” the woman added, describing their new pet.

Sharing more details about Indy’s rescue, Wiley said the dog was hit by a vehicle as a puppy in which a leg and tail were injured. “Her tail never recovered and had to be amputated, so now she has the cutest little stubby tail,” Wiley said.

However, that didn’t deter the couple from adopting her. “We are so obsessed and madly in love,” the woman said.

The family shares their daily adventures with the dog, from hikes to the dog who loves to dig in the snow and meet new friends in the neighborhood. Their story has also inspired many people to adopt Indian dogs not only in the country but also abroad.