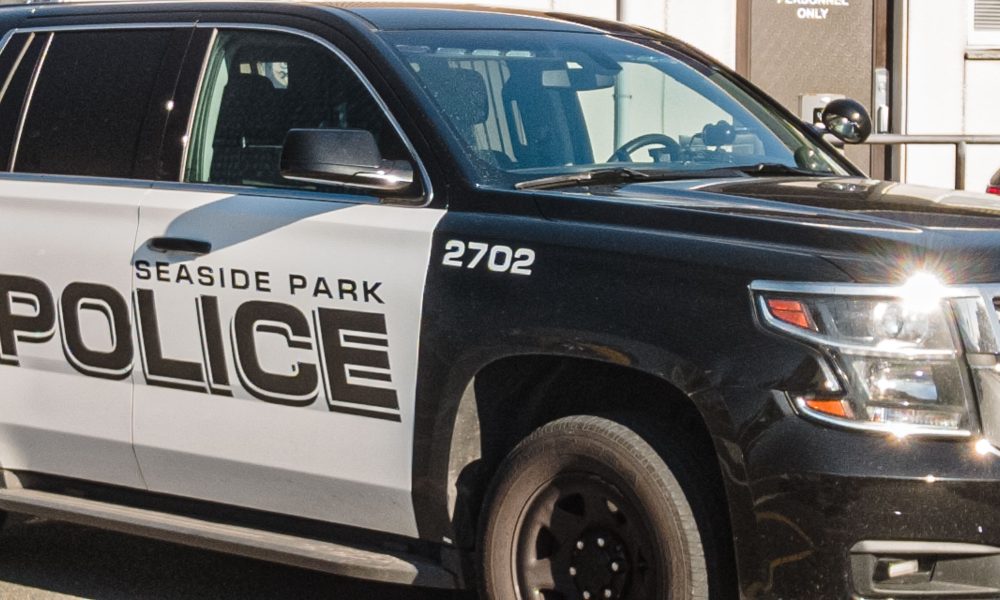 Seaside Park Police have released their weekly blotter. The blotter shows a sample of calls received during the past week. So far, the department has responded to 395 calls over the past week.

Verbal conflict – Police were dispatched to a man and woman involved in a verbal argument in the street on the ocean block of Lafayette Avenue. Officers arrived and located the subjects arguing. The police separated the two parties and were able to mediate the situation. The police returned the woman to her vehicle and the individuals separated.

Arrest – While patrolling the area of ​​K Street and Central Avenue, officers observed a male known to this agency with an active warrant from another jurisdiction. Officers have contacted the subject and confirmed that the warrant is still active. The man was taken into custody and transported to police headquarters where he was processed and handed over to the agency where the subject was wanted.

Motor vehicle burglary – Police were dispatched to take a report for a car burglary in the G St. and Central area. Officers arrived and spoke to the victim who declared his wallet and contents along with $200 in cash from their unlocked vehicle. Officers were able to view surveillance footage of the incident and saw a man and a woman enter the victim’s vehicle, but no clear shots of their faces could be taken.

Alarm – Police responded to the 5th and Central Avenue area for a burglar alarm activation. The police intervened and checked the perimeter of the residence and observed no signs of a break-in. The police were able to locate some people inside the premises. Upon investigation, it was determined that the people inside were permitted to be there and that the alarm had been set off in error.

Violation of Borough Ordinance – While patrolling the Farragut and Ocean Avenue area, officers observed two men sleeping in their motor vehicle. Police contacted the individuals and informed them of the offense and both subjects received a borough summons for the offense.

Criminal Mischief – Police were dispatched to the Porter and Central area for damage to a motor vehicle. Officers arrived and spoke to the victim who said his vehicle was hit and suffered a large scratch on the passenger side of the vehicle. The police gathered all the information needed to generate a report and took photos of the damage. The area was checked for any cameras that might have captured the incident.

Trespass – Police were dispatched to the ocean block of 4th Avenue for a report that four teenagers may have broken into a house under construction. The police arrived and located the subjects. After investigation, it was determined that they were awaiting the arrival of their friend who was residing in this house. It was confirmed with the owners that they were allowed to be on the property.

Fire – Police and the Seaside Park Volunteer Fire Company responded to the area of ​​13th and Bayview Avenue to an actively burning trash can. Officers arrived and extinguished the flames to prevent the fire from spreading. The fire company arrived and doused the canister and its contents with water to put out all the smoldering embers. The fire started with a discarded firework that was placed in the still smoldering box.

Violation of Borough Ordinance – While patrolling the F Street and Ocean area, officers observed a man and a woman with open containers of alcohol in their vehicle. Police contacted the subjects and informed them of the offense, and both received a borough summons for the offense.

Carbon monoxide alarm – Police and the Seaside Park Volunteer Fire Company responded to the area of ​​G St and Ocean for a carbon monoxide alarm activation. Officers arrived and made sure everyone was in the fresh air and no one needed first aid. The fire company arrived and checked the entire residence using their equipment. He deemed it safe and determined that the alarm had been set off in error.

Sound disturbance – Police responded to the Porter and Central Avenue area for a noise nuisance report. Officers arrived and located the loud music and spoke about it. He was notified of the violation and issued a borough summons for this violation.

Arrest – During a motor vehicle stop in the Stockton and Ocean Avenue area, officers observed that the driver was possibly driving under the influence of alcohol. After further investigation and field sobriety tests, it was determined that the driver was driving while intoxicated. He was taken into custody and transported to police headquarters for processing, where he was charged with impaired driving and other motor vehicle offences.

Animal cruelty – Police were alerted to a video posted online of a subject in the Porter and Central area abusing her cat. After reviewing the video, it was determined that the subject was overly aggressive with his pet and was charged with animal cruelty.

Arrest – Police responded to a call for a vehicle that struck a parked car in the 6th and Central Avenue area. The police arrived and spoke to the driver. After speaking with her, officers observed signs of weakening. Subject was determined to be under the influence of marijuana. She was taken into custody and charged with drunk driving. She was charged with impaired driving as well as other motor vehicle offences.