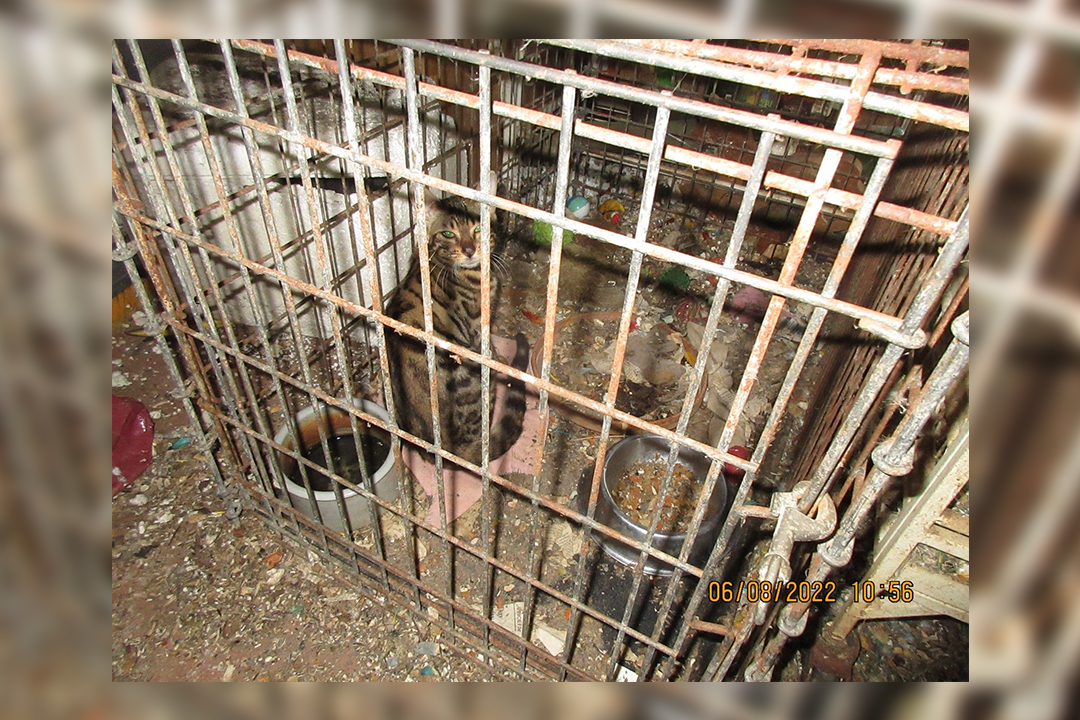 The organization and the Van Zandt County Sheriff’s Office served a search and seizure warrant on a home, and they removed five dogs, five koi fish, two cats, a macaw and a dead cockatoo. An anonymous person notified the SPCA of the animal cruelty situation, and officials attended the property and collected the animals, the SPCA said.

Local shelters in the face of the stray animal crisis

When authorities saw the home, they tried to speak with the pet’s owner and find alternatives, but the owner failed to resolve the issues and made sure the animals were compliant with Texas Health and Safety Code.

Authorities found a dead cockatoo in a freezer in an outside building near the house. A cat was in a closed back porch in a crate without a litter box. Their water was black with mosquito larvae and its crate contained lots of feces.

There was also a macaw on the porch inside a “dirty cage”. Another cat was in a large dog pen without a litter box, and the area had a lot of feces.

The SPCA also located three dogs in dog pens, and inside the house the dog food contained cockroaches.

Dogs and cats had several health problems. They also had problems with their teeth, dirty ears, matted coats, overgrown nails and flea infestation. The macaw had also lost feathers and had an overgrown beak.

Criminal charges could eventually be filed after authorities continue their investigation.

The animals were in desperate need of rescue, according to the SPCA.

Dogs are cared for in a climate-controlled, secure emergency shelter. This will allow them to receive care without exposing themselves to distemper. The SPCA closed all of its adoption centers for two weeks to prevent the distemper virus. Several shelters in North Texas have experienced outbreaks.

Cats, fish and birds are receiving treatment at the Russell E. Dealey Animal Rescue Center because they cannot catch the virus. The animals are being checked until a civil custody hearing is scheduled for June 21 at 9 a.m. at the Van Zandt County Justice of the Peace Courthouse 2 before Judge Sandra Plaster.

To support the Texas SPCA’s efforts to rescue, care for, and find homes for animals that have been victims of cruelty and neglect, please visit www.spca.org/give.