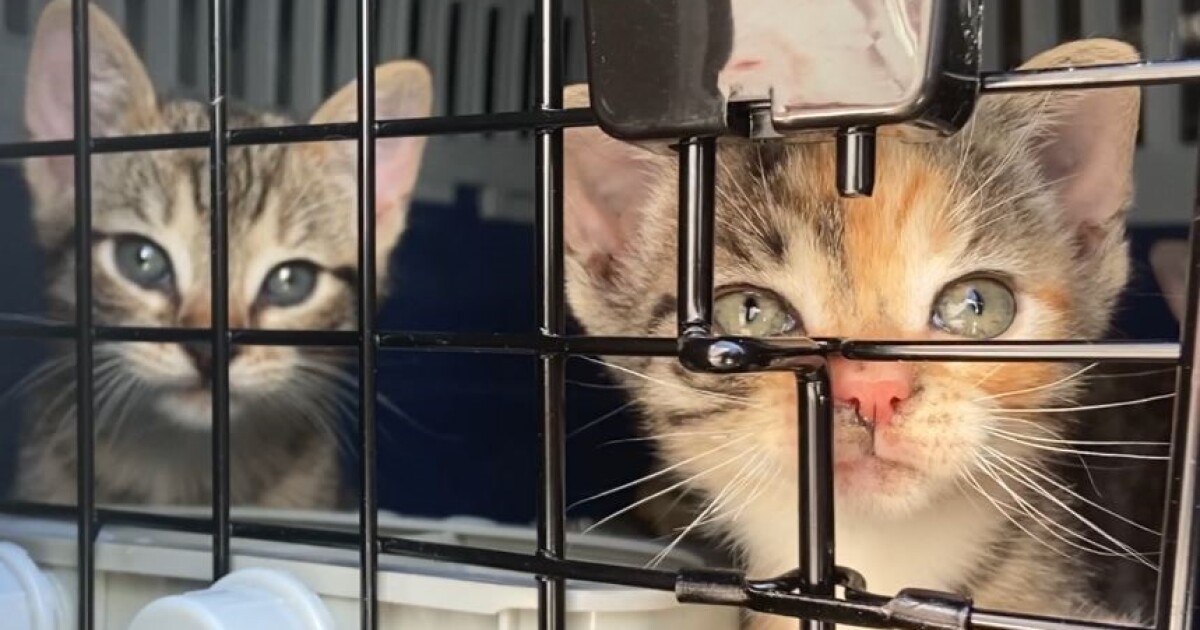 Local foster homes are urgently needed for dozens of dogs and cats rescued over the weekend from Hurricane Ida areas in Louisiana and Mississippi.

The Helen Woodward Animal Center in Rancho Santa Fe on Saturday welcomed 65 animals that were transported by private jet to Gillespie Field Airport in El Cajon by pilots working in partnership with Greater Good Charities. Animals were evacuated from overwhelmed shelters in the path of the hurricane.

Jessica Gercke, spokesperson for Helen Woodward, said that now the animals are safe at the center, the association is looking for foster homes, and possibly permanent adopters, for the 40 cats and 25 dogs. Some of the animals are pregnant, so Gercke said there will also be kittens and puppies in the near future.

â€œGreater Good Charities said they would be ready to take out another plane and bring out more animals if we could get 100 more foster families,â€ Gercke said. â€œEssentially, foster care would provide space for two animals, as it would bring one animal into a house and then open up a place in the shelter for another animal.â€

As word spread last week of Hurricane Ida’s imminent arrival on the Gulf Coast of Mexico, animal shelters in Louisiana and Mississippi, already beyond their capacity, found they did not have a safe space to provide housing for incoming animals. The evacuation emptied cages for the new arrivals.

Ida arrived as a Category 4 hurricane on the 16th anniversary of Hurricane Katrina, which devastated the Gulf Coast. While shelters hoped to withstand Ida’s destruction, residents in need of evacuation were also worried, knowing they would have to leave their homes and take cover, but not all emergency shelters allow the domestic animals. As a result, Greater Good Charities has received non-stop calls for animal evacuation from area shelters, according to Erin Robbins, director of the pet transport program for the Seattle charity Good Flights.

â€œAt least three of the people I spoke to were in tears,â€ Robbins said in a statement. â€œOne of the shelters in Louisiana is under construction, so their current temporary location is on the local fairgrounds in the cow stalls. They are literally out with a hurricane on the way. This is a time when we really want every home that is able to open its heart to welcoming. If we could open up more spaces in San Diego, I’d turn that plane around and send it back to get 300 more.

The placement can last from a few days to a few weeks. Helen Woodward covers the cost of food, bedding and other needs. Those interested in opening their homes to animals can visit animalcenter.org or call the Helen Woodward Placement Program at (858) 756-4117, ext. 375.

Helen Woodward Animal Center Director of Adoption Services Hella Tyler said it’s one of those times when animal rescue really becomes a rescue mission: â€œWithout a place to put these dogs and cats, many of these orphan animals would face a tragic end. We couldn’t say no.

For more information on how to help Greater Good with current rescue needs, visit https://greatergood.org/hurricane-ida-response-help-people-and-pets-now.