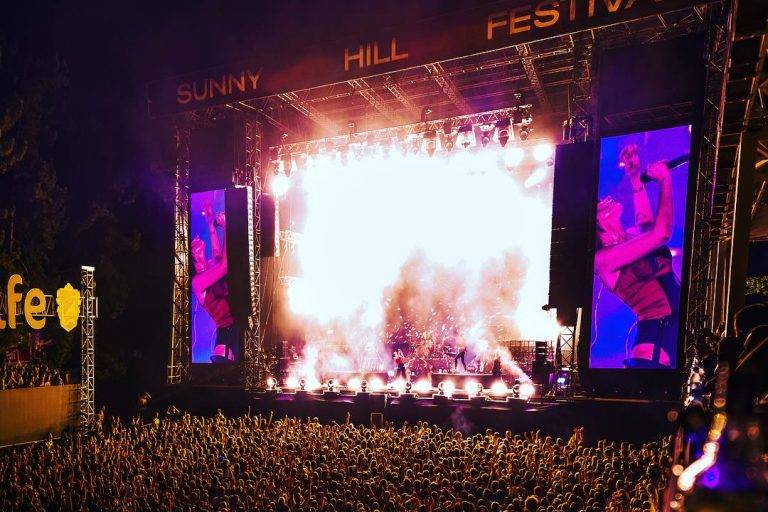 Environmental activists say that if the popular music festival is held as planned in Prishtina’s Gërmia Park, the damage to the environment and wildlife could take decades to recover.

Animal rights activists and environmental activists oppose the holding of the Sunny Hill music festival in Gërmia Park in Prishtina.

After Saturday’s decision to bring the festival back to Gërmia Park, activists called for the festival to be canceled altogether, saying it would harm the environment and wildlife.

Elza Ramadani of the Animal Rights Foundation said she would call for the festival to be canceled because Sunny Hill’s past years in the park “left a lot to be desired”.

“Their bottles and garbage are still in the park. I have photos and proof of this. It’s a shame that we do so little to protect the environment and wild animals in this country,” Ramadani wrote on Facebook.

Sunny Hill Festival, the Municipality of Prishtina, the Kosovo Ministry of Culture, Youth and Sports and other government departments have agreed that this year’s Sunny Hill Festival will be held in Gërmia, and the necessary permits have been obtained.

But environmental activists claim that the institutions involved and the organizers of Sunny Hill under the shadow of the Ministry of Environment have violated Section 151 of the Nature Protection Act.

This stipulates that any decision relating to the use of protected natural areas must be taken in cooperation with the public.

According to the Municipality of Prishtina, due to the lack of space in Gërmia Park, the Sunny Hill Festival will have only a limited number of participants this year, despite the growing popularity and needs of the festival.

Due to its natural beauty, flora and fauna, Gërmia Park is protected by law. The park is managed by the horticultural organization, while professional supervision is provided by the Kosovo Institute for Nature Protection. Gërmia Park is on an international list of protected areas.

Flutra Zymi, from the NGO Active Citizens, called on environmentalists, activists, citizens and civil society to demonstrate in defense of the park.

“You should not allow a handful of illiterate people who govern to behave as if this country is theirs and only theirs. I hope the Kosovo Institute for Nature Protection has not made such concessions,” she wrote.

A young activist, Loris Begu, wrote on Facebook that the damage caused by the festival to the protected landscape of Gërmia cannot be regenerated overnight, but will take decades.

On June 14, 2022, it was officially announced that the festival, co-founded by pop star Dua Lipa, would not be held in Prishtina but would be moved to Tirana in Albania.

According to the festival organizers, there were too many administrative delays and obstacles regarding the initial location in Bërnica e Poshtme, causing problems for its organization.

Following an outcry, it was then decided to hold it in both Prishtina and Tirana. From August 4 to 7, it will be held in Prishtina, while from August 26 to 28, the festival will resume in Tirana.

Clarksville Area Animals of the Week for July 4, 2022 – Clarksville Online

Everything you need to know about emergency funds