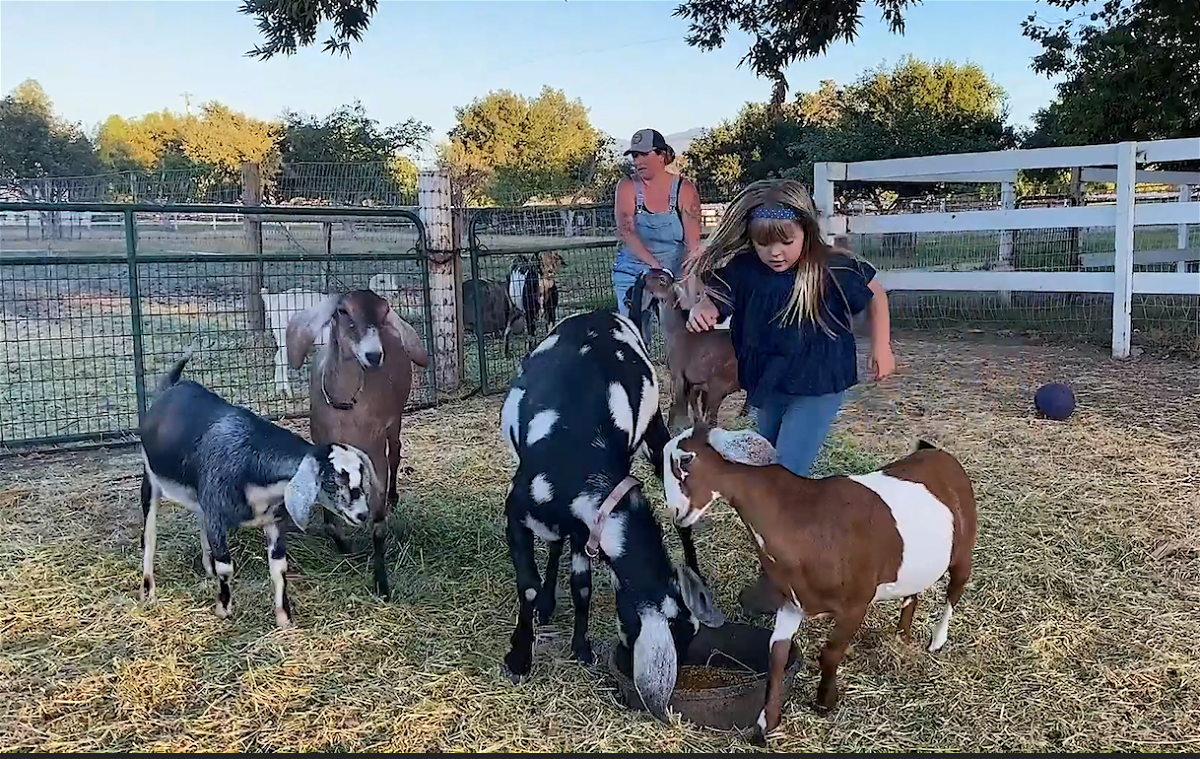 EXCLUSIVE: A single mother tries to save an animal farm during drought, excessive heat and record inflation

Here, the 6-year-old girl, Ava, knows all the animals.

Ava also knows how hard her mother works to keep the farm running.

“She feeds them all…and she milks the goats…and she does everything for the animals,” Ava said.

Mrozowski said it was his dream to run a farm.

But that dream took a turn.

“The other night I was pushing the hay cart across the pasture…and we had no more hay for the next day…and I clocked my 18th hour of the day…and I had to stop and think…you know…my bank account had eight dollars in it,” Mrozowski said.

Drought, excessive heat and record inflation have pushed his once-thriving operation to the brink.

“This year it got hot really early, then it got cold…so the birds all started laying earlier than usual. We get 5-6 dozen eggs a day. This week we only had one egg,” Mrozowski said.

“They have super tough shells that you could barely break in a backpack,” Ava said.

Adding to what is already a tough time, Mrozowski said her cows were eating feed faster than she could distribute it.

Over the past eight months, Mrozowski said the cost of feeding his animals has increased by 50%.

Despite the many challenges of maintaining the farm, Mrozowski said she still appreciates all the animals around her, big and small.

As Mrizowski perseveres, “When your livelihood is part of who you are, that’s for sure,” Ava, too, struggles, as the heart and soul of the family farm, “We raise the kids and the emus…almost everything.”

The single mother turns to agricultural education, recruiting volunteers and selling dairy products in an attempt to save the family business.

“I have a group of goats that will be producing milk in the near future…people are signing up for raw goat’s milk…and raw cow’s milk…and all the products I make too ,” Mrozowski said.

And while their future remains to be seen, Ava and her mother won’t be parting ways with this farming family anytime soon.

Mrozowski is looking for volunteers who would like to help with his animals at Bindi Farms.

You can also contact owner Lauren Mrozowski of Bindi Farms for more information at: 970-214-5201.