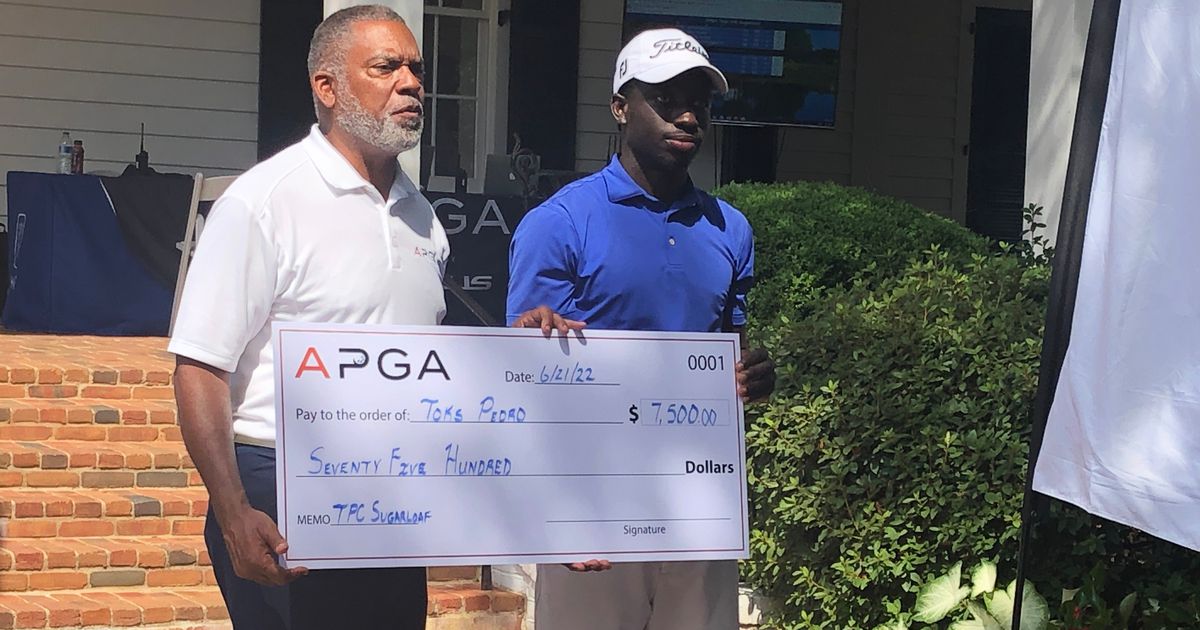 Pedro graduated from Rutgers, played in the US Amateur and turned pro in 2019. He qualified for the PGA Tour China and played a full season there. He was planning to return when COVID-19 arrived and forced him to change his plans. Since then, he’s been on various mini-tours and tried to go through the PGA Q School.

“I feel like with all the experiences I’ve had and every tournament I’ve played in, I’m learning every day and getting better,” he said. “I think there are a lot of great things to come.”

Tied for fifth on par, two shots out of the playoffs, were California’s Michael Herrera and McDonough’s Davin White. Tied for seventh at 1 of 145 are Landon Lyons of Louisiana and Tim O’Neal of Savannah. Defending champion Willie Mack finished tied for 12th. Atlanta’s first Tee product, Marcus Byrd, is tied for 15th.

The Advocates Tour was established in 2010 to bring more diversity to golf by hosting and organizing professional golf tournaments, player development programs and mentorship programs. The tour has grown from seven events, with $200,000 in prizes, in 2020 to 18 events, with more than $700,000 in prizes, this year.

The PGA Tour made many of its TPC Network courses available to the Advocates PGA Tour and provided ground support for the tour.

“It’s a great tour. Great players, great golf courses,” Pedro said. “It gives us the opportunity to compete and play on awesome courses. The only thing you can ask for as a professional, it’s a chance, an opportunity, and I hope I can continue to play and play and play.