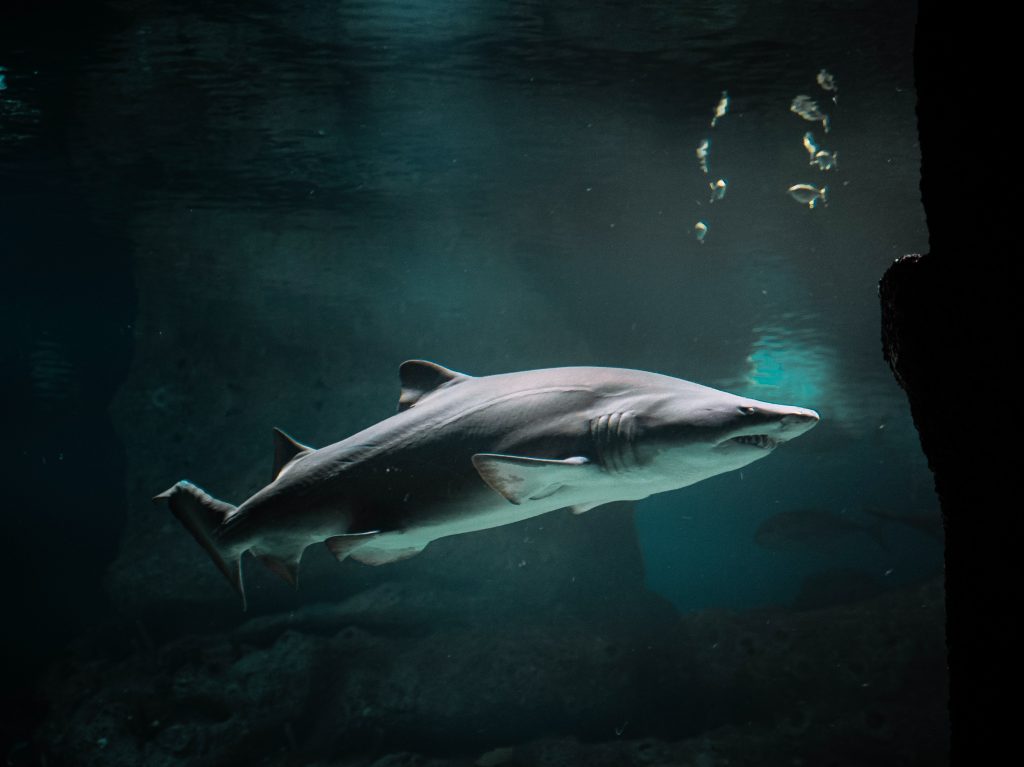 For each coke purchased, a shark killed?

Now that college is over, it’s finally summer time. Still, no one could have predicted that this would be the hottest summer our generation has ever known, and this heat is just a small taste of what’s to come in the coming years. During hot summer days, people want to cool down. And there’s no better place to cool off than in the ocean – as long as there are no sharks, right?

With the release of the first real blockbuster movie “Jaws” in 1975, sharks became one of the most feared animals. Therefore, it’s no surprise that while any mention of dolphin or whaling warrants a large media outcry, the slaughter of sharks is generally considered less tragic.

On Thursday, July 14, 2022, the 89th Annual Alabama Deep Sea Fishing Rodeo was held. For the first time in seven years, the shark category has been reintroduced. Whoever catches the biggest shark wins a $12,000 prize. The “clear to catch” sharks are bull sharks, tiger sharks, hammerhead sharks and blacktip sharks. Hammerhead sharks are an endangered species; the other three shark species are classified as “almost threatened.” Thanks to this year’s rodeo, tThe internet was flooded with horrible videos of men slaughtering endangered sharks – the epitome of animal cruelty. These videos make us wonder who the real bloodthirsty monsters are in this story.

Not only are shark hunts horrible acts in themselves, but they endanger the ecosystem and the oceans in general. As apex predators, the top predators on the food chain, sharks are important for maintaining balance by weeding out the weak and diseased, influencing the habitat and diet of their prey, and indirectly maintaining the inhabitants of sea grass beds and coral reefs. According to Oceana organizationthe loss of sharks has led to a decrease in coral reefs, seagrass beds and commercial fisheries, affecting both ecology and economy. To give an example, sharks feed on rays. A study in north carolina showed that the decrease in sharks led to an increase in rays which, in turn, devoured all the scallops – which would otherwise have been caught by the fisheries. To put it plainly, shark hunts are not only cruel, but extremely myopic. The organizers of the Alabama Deep Sea Fishing Rodeo clearly don’t care about animal rights, but the fact that the economy and the fishermen themselves are negatively affected by the loss of sharks should matter even to them.

Who is behind the rodeo?

One of my first questions was: how is it possible for an event like this to take place in 2022? But, a more relevant question is who is responsible? Of course, the answer is a number of corporate sponsors. Coca Cola claims make a difference in the lives of people, communities and our planet by doing business the right way. Visiting their website, one is basically bombarded with sustainability and corporate social responsibility reports. However, they belong to the list of sponsors for the 89th Annual Alabama Deep Sea Fishing Rodeo. And the same goes for other famous companies such as Chevrolet, iHeart Radio and the US Air Force. With social media being a major influence on business reputation, it is now more important than ever to call out businesses for their actions and prevent them from repeating their mistakes in the future.

Where is the media criticism?

I first discovered rodeo through an Instagram video posted by Nina Dobrev. The video shows her diving with tiger sharks and in the caption the actress calls out the Alabama Rodeo for killing animals for “sport, prize money and bragging rights”. This left me with another question: how come no famous media managed to draw serious attention to this horrific event?

In addition to the official press release and positive publicity, courtesy of FoxNews indicating that “the fun will continue all weekend,” there isn’t much information available on this year’s hunt, let alone reviews. Hasn’t climate change and the goal of saving our planet been on the agenda of many journalists? How could an event that poses such a huge threat to our environment not make headlines? Does Nina Dobrev really have to challenge Alabama, Coca Cola, Chevrolet and all the others?

As much as I would love to fly to Alabama myself and end this terrible tradition, it is now up to us to expose the crimes committed against our planet. It is up to us to draw enough attention to the event and to all those who support it.

In this heat, a Coke Zero was one of my favorite drinks to cool down. Seems like I better stick to drinking water after all.

Mount Kilimanjaro summit volunteers for the benefit of the SPCA