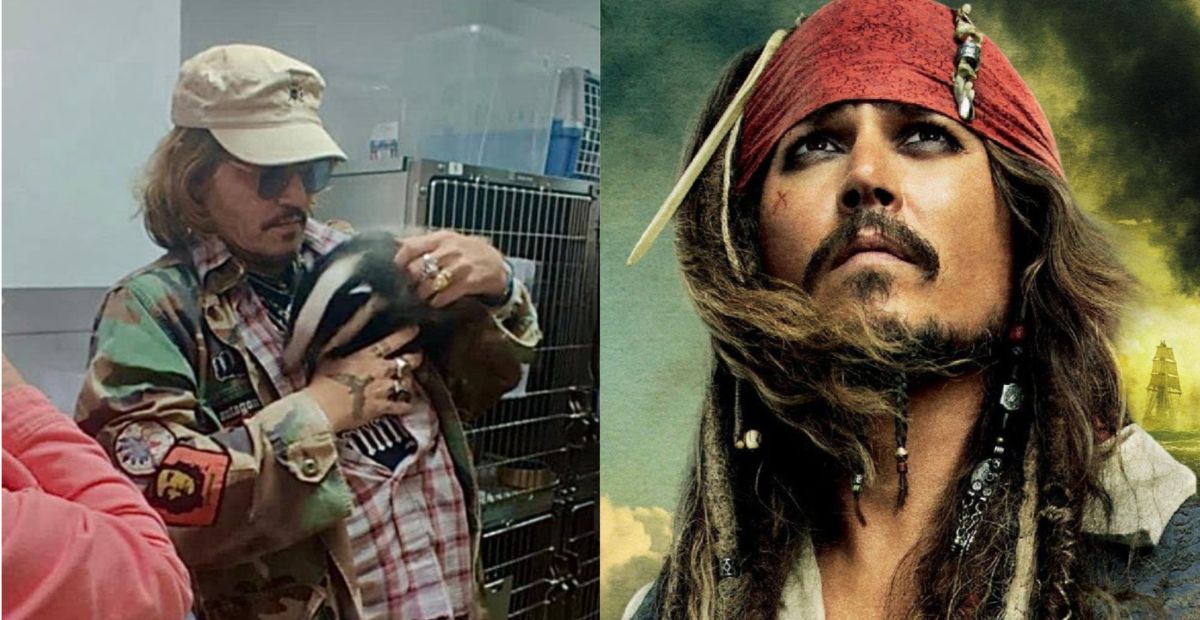 Johnny Depp made some furry friends after a recent visit to Folly Wildlife Rescue in Tunbridge Wells, Kent. The Rescue Center revealed with social media posts an image of Depp cuddling a badger during his visit which was made amid the actor performing on stage with Jeff Beck in the UK. As they also explain, Depp spent the afternoon at the center to learn more about the work they do with wildlife while spending time with the animals, including a baby badger named after a music legend.

“Guess who came to see us at Folly Wildlife Rescue – no, you don’t see anything – it’s the real Johnny Depp!” the center posted on Instagram. “As you probably know Johnny appeared with our patron Jeff Beck on his UK tour and during a recent break Jeff’s wife Sandra brought him to visit us and see by himself the work we do with wildlife. And what an amazing afternoon it was for our staff and volunteers as he toured the hospital’s care and veterinary units. Johnny was incredibly appreciative and, in his own words, “blown away” by what he saw.

VIDEO OF THE DAY

The post added: “To top it off, we’ve even granted him the rare privilege of briefly holding Freddie (just like in Mercury!) one of the many orphan badgers we’re currently hand raising – and I think he is fair to say he was bowled over by the whole experience!”

Related: Pirates of the Caribbean 6 Starring Margot Robbie: How Did Fans React?

Johnny Depp has been keeping his music career busy in recent days with his multiple appearances on Jeff Beck’s tour. During each stop, the two performed several songs together, including a live rendition of their previous collaboration “Isolation.” They also just revealed that they’ve even recorded a new album together, and fans won’t have to wait too long to listen to it since it will be available in July.

“I’m going to take this opportunity and tell you that I met this guy five years ago, and we haven’t stopped laughing since,” Beck told the crowd. “We actually made an album. I don’t know how it happened. It’s coming out in July.”

This news follows Depp recently speaking out favorably in his defamation lawsuit against his ex-wife Amber Heard. Depp argued that Heard defamed him by publicizing false allegations of domestic abuse. The jury found that Depp had proven Heard guilty on all three counts of defamation. The actor released a statement after the verdict in which he said his life had been returned to him by the jury.

“Six years ago, my life, the life of my children, the life of my loved ones and also the life of the people who, for many, many years, supported me and believed in me, changed forever”, Depp said in his statement. “And six years later, the jury gave my life back to me. I’m really humbled. From the beginning, the goal of bringing this case was to tell the truth, whatever the outcome. Telling the truth was something something I owed to my children and everyone who stood by me so steadfastly. I feel at peace knowing that I have finally accomplished this.”