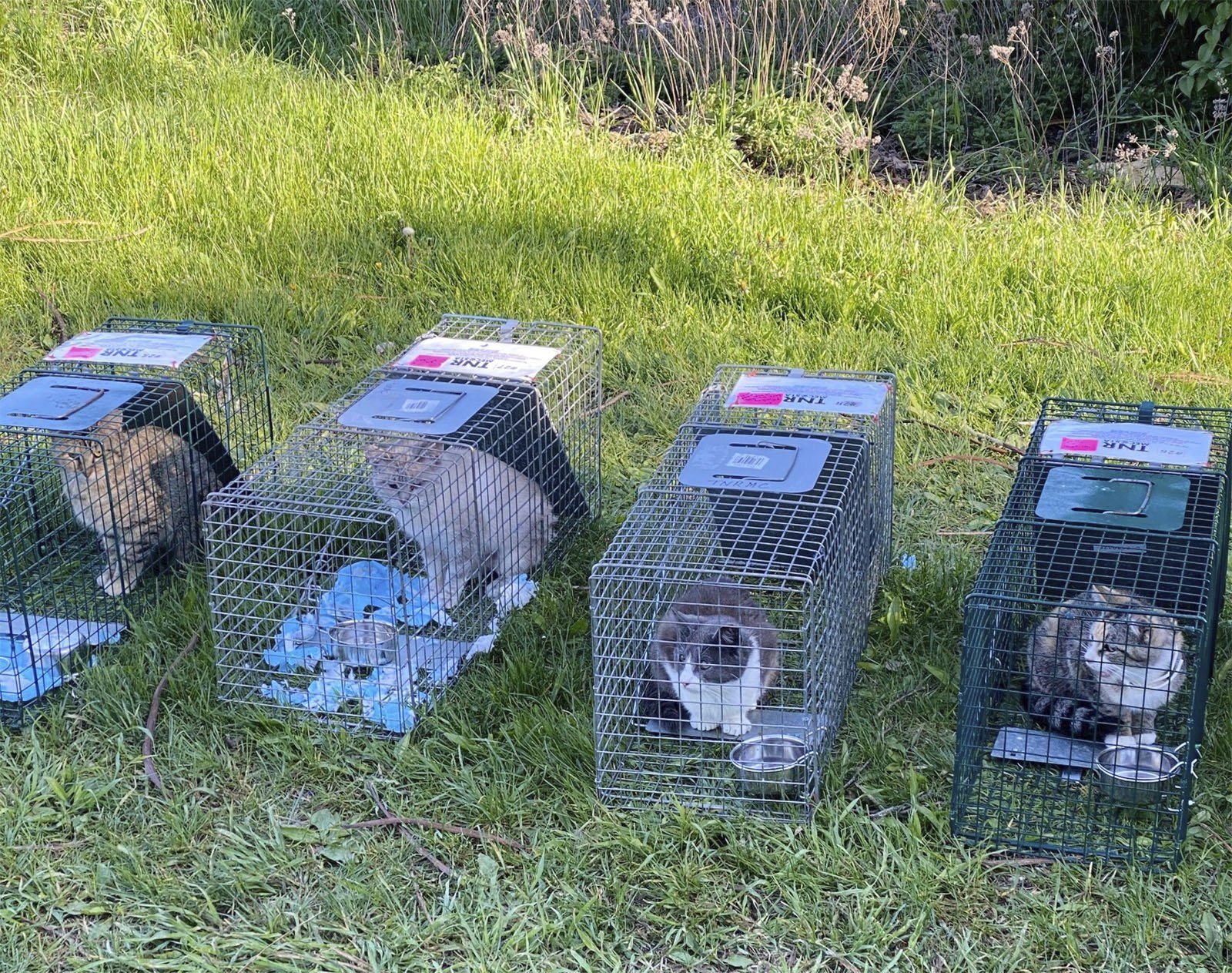 Volunteers will use clean straw to insulate donated bins and old coolers, turning them into shelters for feral cat colonies. Previous experience or skills in cat shelter manufacturing is not required. Although the task is for adults, families are welcome.

Entering its fifth year, TNR Mecosta – which stands for trap-neutral-release – strives to control the feral cat population in Mecosta County.

“Our team helps caregivers manage their cat colonies and ensures colony stability through sterilization,” said Jennifer Thede, of TNR Mecosta. “We also put cats on ear tips so that if they are seen or end up in a trap again, people will know the cat is already fixed.”

This has been a busy year, with more than 140 spayed or neutered cats, about 50 more than in previous years, according to Thede.

“We were sometimes trapping every two weeks,” she said. “Trapping events are three-day events to set traps, take the cats to the vet, then release the cats and clean the traps for the next event.”

While feral cat colonies can establish themselves in any area, Thede said it can be difficult when they are in housing complexes and mobile home lots.

“Maintaining these areas becomes trickier because there are usually residents involved but no one to take ownership of the problem and work with us,” she said.

TNR Mecosta advises against trying to trap-sterilize-release cats on your own, for several reasons.

“Cats that are feral, or even if they’re sort of tame, once they’re in the trap the game changes and people have to be very careful,” Thede said.

Logistics can also be a challenge. She said some vets don’t operate on feral cats and those who do might not be able to operate right away. Costs may also vary from clinic to clinic.

“Vet clinics plan long enough in advance, so deciding to trap a cat, hopefully you get it, and then making an appointment isn’t realistic,” she said.

Once a cat has been spayed or neutered, relocating it isn’t as simple as dropping it off at the local shelter.

“Wild cats don’t do well in shelters and handling them can be dangerous for volunteers,” Thede said.

This is where programs like TNR Mecosta come in.

“If people are accepted into our program, we use our resources and can also help defer the costs of sterilization,” she said.

Fundraisers, such as Weiner Wednesday Nights at the Sawmill Saloon, and volunteer events, such as the Build Winter Shelters for Cats event, help support TNR Mecosta. The organization hopes to host a “spay sponsorship day” for businesses in the region next year, as well as return some of its most popular fundraisers from before the COVID-19 pandemic.

In addition to fundraising and volunteering, “The biggest asset is education and the people who make the connection that spending money to fix a cat can save yourself or a neighborhood so much trouble.” , Thede said.

“Help educate others about the value of spending money fixing a lagging cat, even though we know some people may have a hard time parting with money for a cat that isn’t theirs . The cost of not doing this is really exacerbated when all of a sudden a cat becomes six and so on.

IF YOU ARE GOING TO

• Donations: Bins, old coolers and clean straw can be dropped off at the Sawmill Saloon by November 7th.

What do you call a relief pitcher game and make PETA happy?