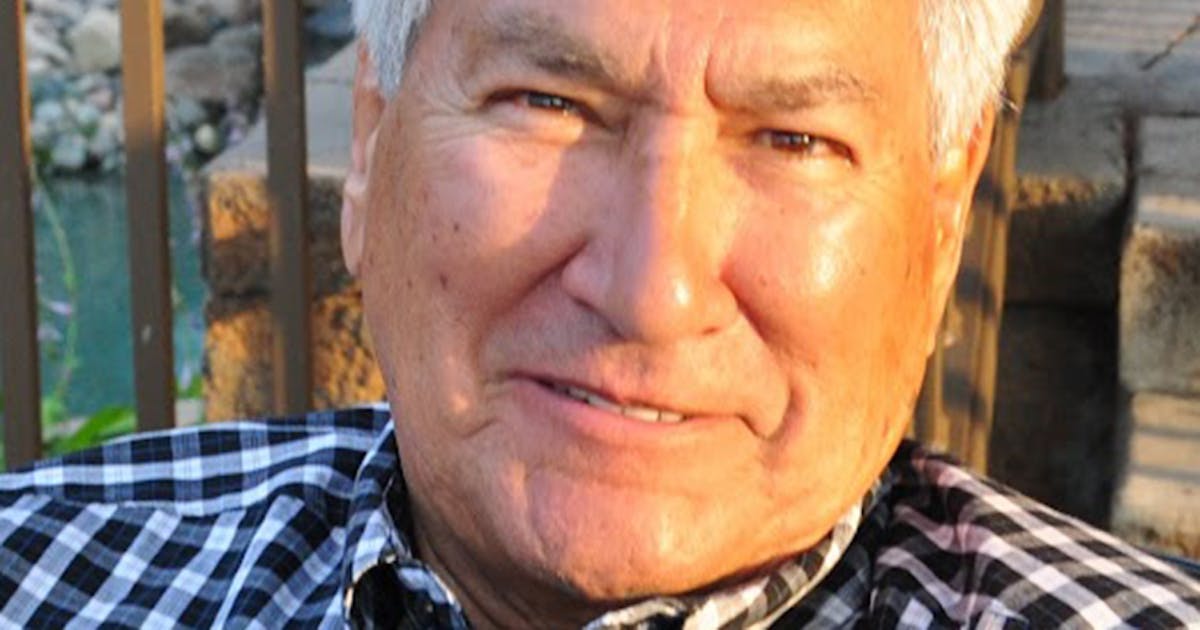 Leon “Lee” Cook, a member of the Red Lake Nation who has dedicated his life to advancing the causes of sovereignty, education and economic opportunity for Native Americans, has died of infection revolutionary to COVID-19. He was 82 years old.

Orphaned at the age of 6, Cook overcame childhood poverty and tragedy to become one of the nation’s most influential and well-known advocates for Native American rights. He rose to the highest levels of government during a period of turmoil in the early 1970s and helped lay the groundwork for a new era of tribal self-determination across the Indian country.

Cook, of Cass Lake, whose Ojibwa name was Waase Waagosh or “Shining Fox”, died on October 13 at the Sanford Bemidji Medical Center in Bemidji.

“Lee was a true ‘man of the people’ who always spoke with compassion and love,” said Sam Strong, Red Lake Nation Tribal Secretary. “He empowered everyone around him.”

Cook has worn many hats in a barrier-breaking career that spanned generations. At 31, he became the youngest person ever to be elected president of the National Congress of American Indians (NCAI), the oldest and largest Indian advocacy group in the United States.

Cook served in the Nixon administration as director of economic development in the Office of Indian Affairs. And in 1974 he testified before Congress on the benefits of a historic law, the Indian Child Protection Act, which aimed to end the devastating practice of removing Indian children from their families and placing them in homes and boarding schools far removed from their communities.

With persistence, self-effacing charm, and a knack for bonding, Cook helped establish a groundbreaking tribal education and resource center at Bemidji State University; Red Lake Nation College, a two-year tribal school in Red Lake; and the Minneapolis American Indian Center, a hub for the urban Aboriginal community of the Twin Cities.

He has also served as Director of Indian Education for Minneapolis Public Schools and Assistant to the President for Diversity at Augsburg College in Minneapolis.

“Lee was in many ways one of the great patriarchs of indigenous education in this country, and he played a pretty fundamental role in shaping policy,” said Anton Treuer, an Ojibwe professor at the Bemidji State University and author of 20 books on indigenous language and culture. and history. “He also had extraordinary charm and charisma.”

Cook was the younger of his parents’ two children born on the Red Lake reserve. Her mother, Rose, died of heart disease soon after she was born; her father, Frederick, an electrician, died in a car accident six years later.

But Cook spoke fondly of being raised by an extended and caring family of aunts, uncles and cousins, whom he often referred to as his “siblings,” said his daughter, Trisha Cook, of St. Paul. The one-room house where he spent much of his childhood had no plumbing or phone service inside, and the northerly winds seeped through the tar paper walls of the house, family members said.

Cook found refuge and structure in the small Catholic church on the reserve and his mission elementary school, St. Mary’s. In eighth grade, he took a life-changing trip to St. John’s Abbey in Collegeville, Minnesota, with a priest taking his final vows. While there, Cook toured the dorms at the nearby St. John’s Preparatory School and was enthralled by the opportunity to live on campus and study full time.

He spent three years doing odd jobs, from logging to packing fish, to save enough money to attend St. John’s Prep, and in 1966 he became Minnesota’s first Ojibwe to graduate from the School of Social Work at the University of Minnesota.

In 1970, Cook traveled to Washington, DC, to serve in the Bureau of Indian Affairs (BIA) under President Richard Nixon, who called for a new policy of “self-determination without dismissal.” Cook was hired with 14 reform-minded young Native Americans known as the “Fearless Fourteen,” who were brought in to shake the entrenched and predominantly white bureaucracy of the BIA. But a year later, he resigned in disgust, citing a plot by the Interior and Justice Ministries to “destroy the Indian community”, according to a 1972 New York Times article.

Soon after, Cook was elected by a landslide as president of the NCAI, where he continued to champion Indigenous causes. In the early 1970s, he called a national meeting to discuss ways to pressure professional sports teams with racist mascots to change them. One of his latest accomplishments was helping lead the 2017 opening of a must-have grocery store in Red Lake.

After retiring at age 75, Cook continued to advise tribes and individuals on economic development and education projects. “Lee laid the groundwork for much of what we’ve accomplished today as a people,” Strong said.

For years, Cook has run his home much like a tribal council, family members have said. Every Sunday evening, he gathered his wife and three children around a table in Minneapolis and discussed what was going on in their lives, upcoming school or sporting events, and tasks ahead. Cook walked around the table and asked everyone to speak.

“My feet could barely touch the ground, and yet Dad always made me feel that my voice and my opinions really mattered,” recalls Trisha Cook. “He really wanted to be a great dad, I think because he never had a dad.”

Besides his daughter Trisha, Cook is survived by his wife, Patty; one daughter, Kristin, of Duluth; one son, Thomas, of Minneapolis; and five grandchildren. He was buried in the Catholic Cemetery at St. Mary’s Mission in Red Lake.