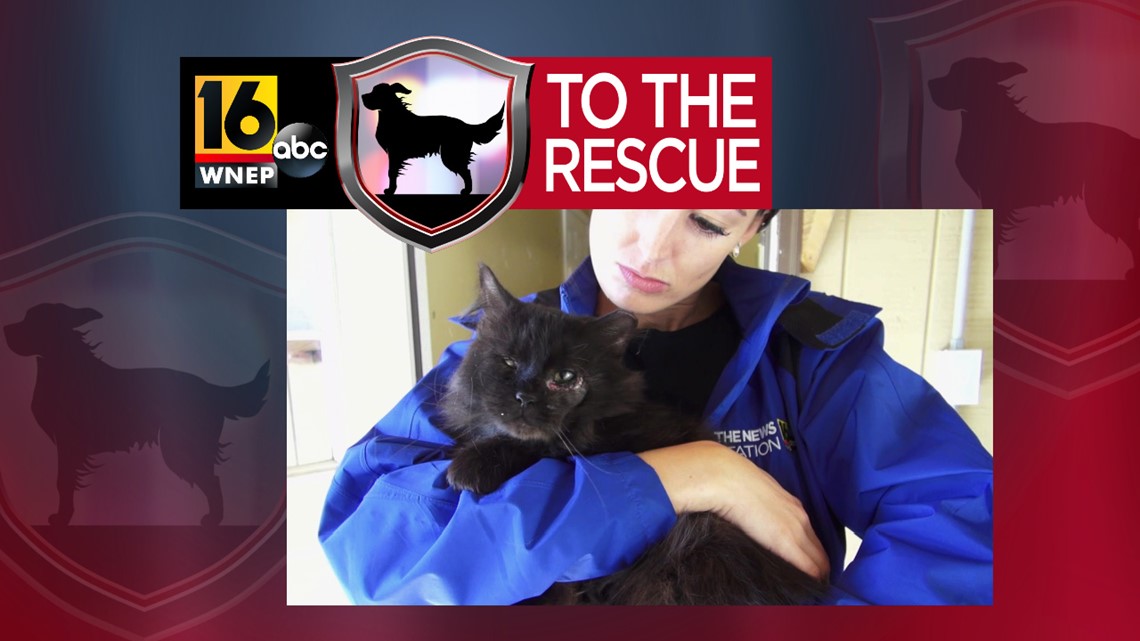 Meet Thackary in this segment 16 To The Rescue

On this week’s 16 To The Rescue, we meet a 5-year-old cat who’s been stray his whole life, but when someone fed him realized he was sick, he got a second chance .

BLOOMSBURG, Pa. — Thackary is a hug; the second he’s picked up, he doesn’t want to be shot. It’s obvious that after what he’s been through, Thackary is adjusting well to the safe environment at the Animal Resource Center near Bloomsburg.

The 5-year-old long-haired cat was stray in the Berwick area and was trapped, neutered and released by a local feeder. This person continued to monitor Thackary and realized that he needed additional care.

“But he unfortunately developed inverted eyelids, so his eyes are swollen and closed, and he really needed expensive surgery to correct that. So they contacted us, and we were able to take him to our vet. where they did the surgery and restored his vision so he could be pain free and live a longer, more comfortable life,” said Kate Magni, Animal Resource Center.

“What I love about him is that he spent the five years before he came to us as a street cat, he’s still incredibly loving and affectionate. He wants to be around people “. had the comforts of home. He really appreciates being warm, being safe, being fed, and we’re so excited to see him in a home and thriving as an indoor cat.” , said Magni.

Thackary will heal perfectly well after the operation. He will just have a little limited vision in his right eye. But he is ready to be adopted by any family that is ready for him.

If you are interested in meeting Thackary, you can find his adoption information by clicking here.