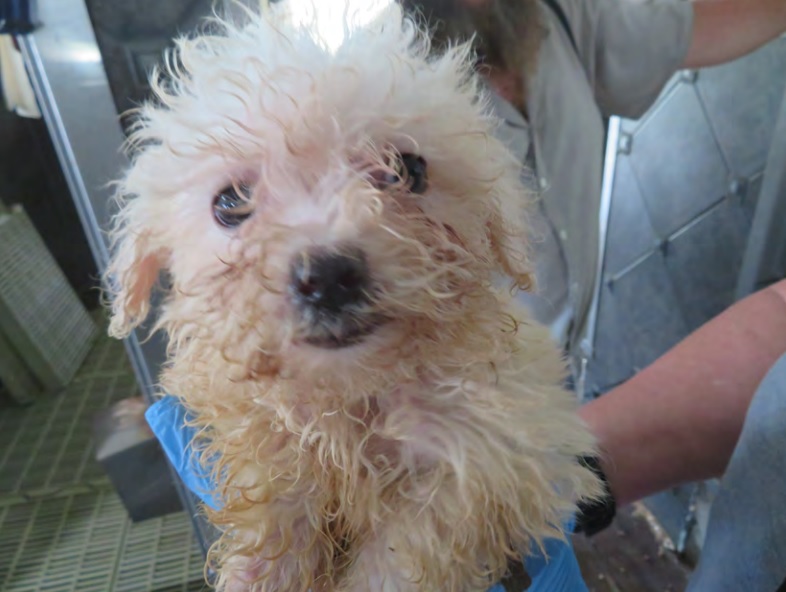 A Wayne County puppy mill operator has agreed to hand over his remaining 513 dogs and may soon be permanently banned from engaging in federally licensed animal welfare activities.

Court records indicate that Daniel Gingerich of Maple Hill Puppies and attorneys for the U.S. Department of Justice have reached a formal agreement on how to resolve a civil case in which the U.S. Department of Agriculture has sought to shut down its operations of breeding dogs in Iowa for dozens of animal welfare violations.

The agreement, which has yet to be approved by the court before it can be considered a final judgment in the case, states that Gingerich “will permanently refrain from any activity requiring a licensed Animal Welfare Act,” which would include breeding, sale, brokerage and exhibition. animals.

As part of the deal, Gingerich agreed to relinquish all dogs in his care.

– 3125 Davis Road, Seymour, Wayne County: There are 275 dogs including Cockers, Corgis, Labradoodles and Poodles on this site. This property is owned by Gingerich.

– 3002 Highway 2, Promise City, Wayne County: There are nine dogs, including cavaliers and poodles, on this site. This property is owned by Nathan Nisley.

– 25318 Elk Chapel Road, Lamoni, Decatur County: There are 161 dogs, including Pomskies (a cross between a Pomeranian and Siberian Husky), Goldendoodles and Pekingese, on this site. This property belongs to Tobie and Amanda Yoder.

– 12340 240th St., Lamoni, County Decatur: There are 55 dogs, including huskies and beagles, on this site. This property belongs to Jacob and Emma Stutzman.

– 1405 120th St., Hazleton, County Buchanan: There are 13 dogs, mostly golden retrievers and corgis, on this site. This property is owned by William and Miriam Yoder.

Some of the 513 dogs listed in the agreement have already been turned over to the Animal Rescue League of Iowa. Others are expected to be delivered on Monday.

The deal appears to have no impact on the $ 20,000 civil penalty that the Iowa Department of Agriculture and Land Stewardship imposed on Gingerich for more than 100 Privacy Act violations. animals.

On October 8, the court ordered Gingerich to return all dogs in his possession that were in acute distress and in need of medical attention.

At a subsequent hearing on Oct. 18, U.S. District Judge Stephanie Rose denied Gingerich’s request to transfer all of her remaining dogs to the Love Pet Project, a self-proclaimed “rescue” group based in Zionsville, Indiana. The DOJ had requested that the dogs be transferred to the Animal Rescue League, a position Rose said she agreed to.

Gingerich had opposed the proposal, his lawyer telling the court that Gingerich “simply preferred that the ARL not be involved” in the case. The ARL declined to comment on the matter.

Gingerich has not been charged with any criminal violation of Iowa’s animal welfare laws, although the USDA has claimed he “has repeatedly failed to meet minimum standards of care for his animals. dogs with adequate nutrition, clean water and veterinary care, leading to unnecessary suffering and death. . “

Dr Heather Cole, supervising veterinarian for a division of the USDA, said in a recent court statement that she had “never met a license holder who has such a high level of chronic and repeated non-compliance. in all categories of animals. Welfare law requirements Cole added that Gingerich’s facilities “are the least compliant facilities” she has ever encountered.

The USDA says that in order to avoid surveillance and inspection, Gingerich attempted to hide sick dogs from agency inspectors. In one case, federal inspectors asked Gingerich to immediately seek veterinary care for a dog found in poor condition. Instead, inspectors reported that Gingerich attempted to hide the dog during follow-up inspections, in part by placing the animal in what the USDA called “a dirty horse box” which was covered with ‘a’ thick layer of earth, horse manure, and dog droppings.

On another inspection, a USDA official noticed that a poodle puppy was breathless and sometimes screaming. When the inspector took the poodle out of its pen, the puppy raised its head. A USDA doctor examined the puppy and confirmed that it had just died.

Court records show that on September 4, a rescue organization purchased 13 dogs from Gingerich, including 10 puppies and three adults. Three of the dogs were in such poor condition that they required emergency veterinary care and one of the puppies died.

Construction of the new Lafayette regional airport terminal in progress