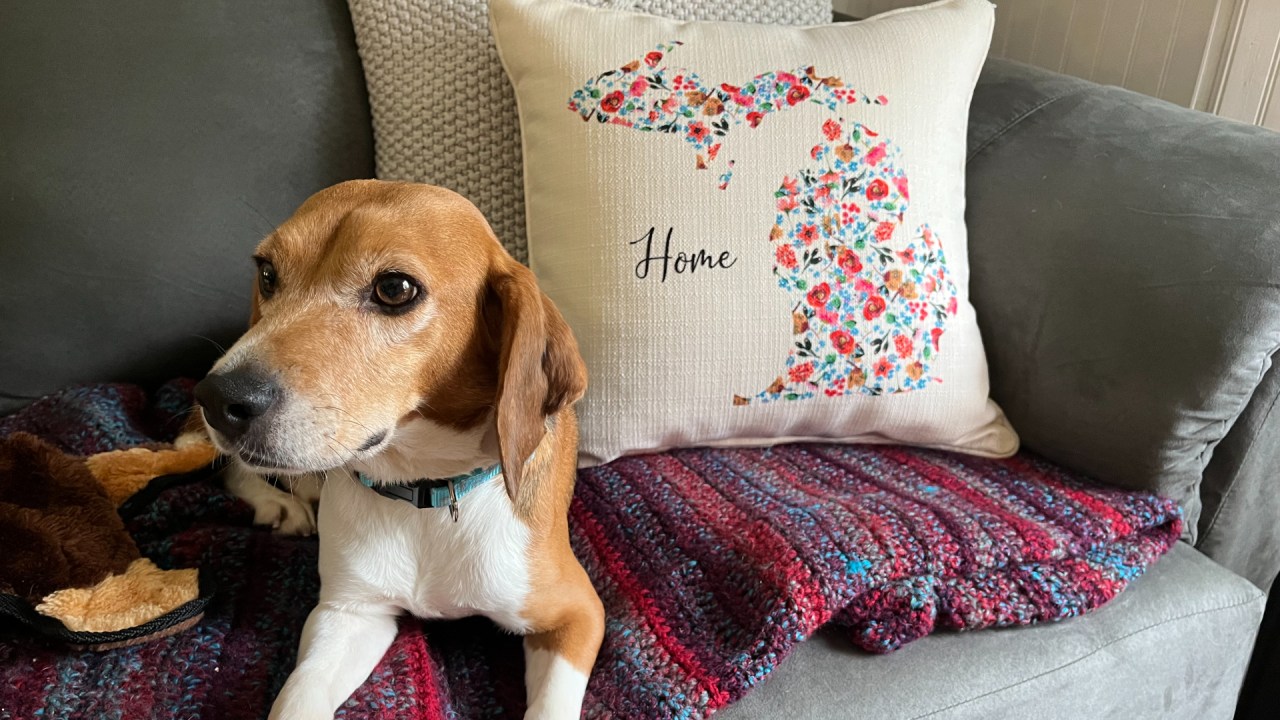 GRAND RAPIDS, Mich. (WOOD) — Earlier this month, News 8 told you about 4,000 beagles were rescued from a medical breeding facility in Virginia. A large majority of these beagles have now found forever homes and some remain here in West Michigan.

“We probably had at least 100 or 200 applications before they even came into our care,” said Brianna Shahly, marketing and communications manager at the Humane Society of West Michigan. “We certainly had over 300 applications for these dogs, both to adopt and foster, which was just wonderful. Obviously, they were going to need some extra support. So to know that so many members of the community wanted to reach out and help out was really just fantastic.

The facility where the beagles were rescued from has been cited for nearly 40 animal welfare violations that forced the business to close.

The Humane Society of the United States stepped in and rescued all 4,000 beagles, which is a huge undertaking, especially during the summer which is the busiest time of year for rescues.

HSUS has teamed up with over 100 of its rescue partners to help recover the beagles. Volunteers from the Humane Society of West Michigan traveled to Maryland to recover 25 beagles.

They donated 10 to the Harbor Humane Society in Holland.

“They were all adopted within three days. Although they were shy at first, we found that most of them quickly warmed up. Families told us they were doing well and learning to dog,” said Jen Self-Aulgur, executive director of the Harbor Humane Society.

The Humane Society of West Michigan took the remaining 15 dogs. All but three have been adopted as they are still undergoing medical treatment.

“They just needed a lot when they arrived and thanks to this amazing community we were able to give them everything they needed,” Shahly said. “We did a fundraiser where we were able to raise $10,000 for all the care they need. As a fully donor-funded non-profit organization, we cannot do the work without the support of the community. »

Debbie Karasiewicz was one of many applicants who was able to adopt one of the beagles from the Humane Society of West Michigan.

She said learning about their living conditions before being rescued prompted her to apply for adoption.

“They said they were in their own feces and fed maggots. Some of the puppies froze to death and that’s just awful to hear,” Karasiewicz said.

The beagle she adopted is now called Layla. Karasiweicz said Layla needed a lot of attention and love when she arrived.

“When we brought her home, her cock was between her legs the whole time. She was sitting with her head down. She doesn’t drink much and eats that much. I don’t think she’s had a bath since years,” Karasiewicz said. “I just sat there with her in my shorts and told her it was okay. I rinsed her because she was scared and shaking. I gave him a nice bath and he’s fine.

After two weeks, Layla started to prick up her ears and wag her tail.

Karasiewicz also had another dog named Harley. She is 9 years old. The two often play with each other, leading Karasiewicz to believe that Layla is becoming more comfortable in her new home.

“I’m just happy that we were able to save one. It’s wonderful to save these animals, but I hope people will know and let it be known that shelters are full everywhere,” Karasiewicz said.

According to HSUS, the organization’s animal rescue team has already removed more than 3,000 dogs and will likely remove the last remaining beagle from their facility by early September.

“We’re learning that the vast majority of beagles find homes immediately upon arrival at their shelter,” said Miguel Abi-Hassan, animal rescue, care and sanctuary manager for the Humane Society of the United States. and the Humane Society International. “This has been an incredible undertaking in the rich history of HSUS Animal Rescue Team efforts. We are eternally grateful to our staff, volunteers, donors and rescue partners for lending a helping hand to these paws in the need.

Disability advocacy group is back and looking to expand in Prospect

Pet abandonment rises as cost of living continues to bite