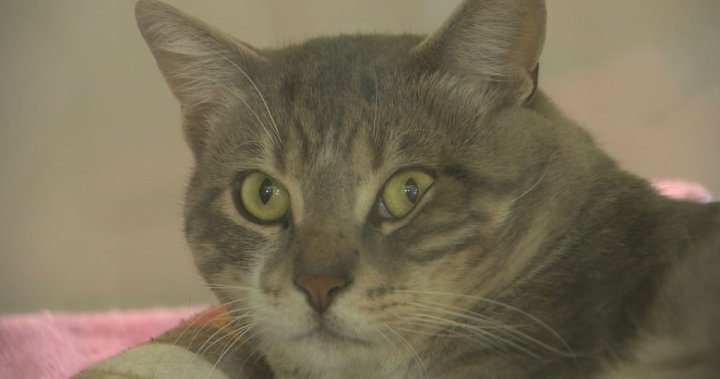 There are a number of lessons to be learned from the conviction of a woman who led an animal rescue with more than 100 cats, according to the Saskatchewan SPCA’s program director.

Sask. woman who had over 100 cats at home shelter guilty of putting animals in distress

“I think lesson number one is that caring about animals is not enough. You need to have resources to take care of these animals 24/7, said Sandra Anderson, program director for the Saskatchewan SPCA.

The January 2019 seizure and the recent conviction highlight the gaps in animal protection regulations. The provincial animal welfare organization is in the process of creating a document on “animal rescue standards”.

When completed, it will outline recommendations and best practices for caring for rescued animals. The areas would include feeding, veterinary care, and public exhibits such as adoption events.

“What we’re trying to establish is the basic level of care required for animals,” Anderson said in an interview.

Currently, there is no lead agency for animal rescues in Canada. Shelters and rescues are kept to the minimum standards outlined in the APA. The offenses for which LaPlante was convicted are the same type of violation that would be imposed on an animal owner in general.

There are also no special requirements for rescues like training or licensing.

“You could be a rescue right now. If you say you are, then you are, ”Anderson said.

Saskatchewan SPCA officials hope to complete the animal rescue standards document and provide it to the Saskatchewan Ministry of Agriculture by the end of the year.

If adopted, Anderson said the recommendations could serve as an education and enforcement tool.

“We hope the ministry will include these standards of care in animal welfare regulations,” she said.

Humane Canada, the federation of SPCAs and humane societies in Canada, has a set of national standards of care in animal shelters. Its members include the Saskatoon SPCA and the Regina Humane Society.

The document sets out guidelines in areas such as remediation, facility design and record keeping.

Earlier this year, Humane Canada launched a voluntary accreditation process. The Ottawa Humane Society has since become the first organization to register.

“This is an opportunity for us to essentially professionalize the industry in the sector, to increase the care for these animals, ensuring that there are certain standards of care,” said Tara Hellewell, Director of Relations with donors and the organization’s national engagement.

Although Humane Canada has rescue groups, Hellewell acknowledged that there are often financial barriers for rescue groups to pay for certifications.

Ultimately, she said the best way to tackle animal overpopulation, especially for cats, is to encourage affordable veterinary care and increased spaying and neutering.

Should Alberta make rodeo the official sport of the province?

One way to combat overcrowding, says Don Ferguson, executive director of Saskatchewan Animal Care Services, is for municipalities to adopt licensing regimes for cats and dogs that include “significantly higher fees.” for unsterilized animals.

“So that we can reduce the animal population and we don’t have situations where people accumulate more than 100 animals in a residence,” Ferguson said.

He said local and provincial governments must also involve the community to ensure sterilization is accessible to all.