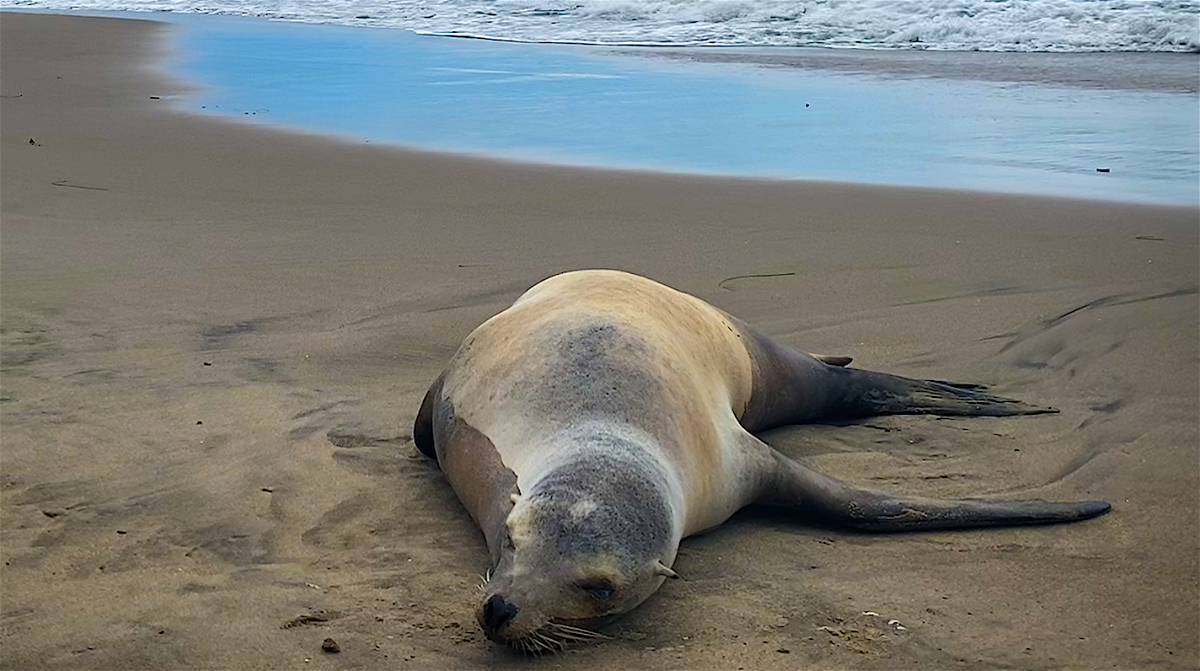 “She has domoic acid toxicosis, she has mild seizures. Her eyes are twitching and bulging, and she has a lot of foam coming out of her mouth. These are typical symptoms that we see with this disease,” said Jen Levine of the Channel Islands Marine and Wildlife Institute.

In the past month alone, more than 266 sea lions have been discovered locally suffering from domoic acid toxicosis, a number that hits home for rescuers like Ken Hughes.

“This is the worst domoic acid outbreak I’ve seen…we love them, and it’s really hard for us to see that,” Hughes said.

“We are going to capture this animal and give it a sedative. It makes it less stressful for her and it makes it safer for rescuers,” Levine said.

“We number them. We don’t name them, because they’re wild animals. They’re not our pets,” Levine said.

She was taken to the CIMWI rehabilitation center for treatment, and number 175 is no longer alone.

She is in good company with other sea lions suffering from the same disease.

“I’m also there with a crisis hotline and … when I say Ventura and Santa Barbara county beaches … we run the beaches from sunrise to sunset,” said the volunteer veterinarian Jacob Bryan of CIMWI. .

Bryan said sea lions are sentinel species, meaning they tell us about the state of the ocean.

“So with this domoic acid crisis, it translates very well to humans, because we can get the same poisoning from eating shellfish,” Bryan said.

Bryan said this should be a wake-up call for humans to take care of where these sea creatures call home: the ocean.

“Do things like don’t litter…don’t put stuff down the storm drain…because these things all affect the health of our ocean, and that’s the only place these animals need to live,” Levine said. .

As the sea lions begin to recover, Levine admits they may be a handful, “They’re gregarious…some of them are very rude!”

After all, they are wild by nature.

But she loves sea lions and hopes to give everyone a chance at a good life.

“It’s just awesome to see them progress through rehabilitation…to get big, fat and healthy…and back to nature,” Levine said.

CIMWI is currently recruiting volunteers willing to help save sea lions at the rescue center.

For more information on how you can help save California sea lions, visit cimwi.org.