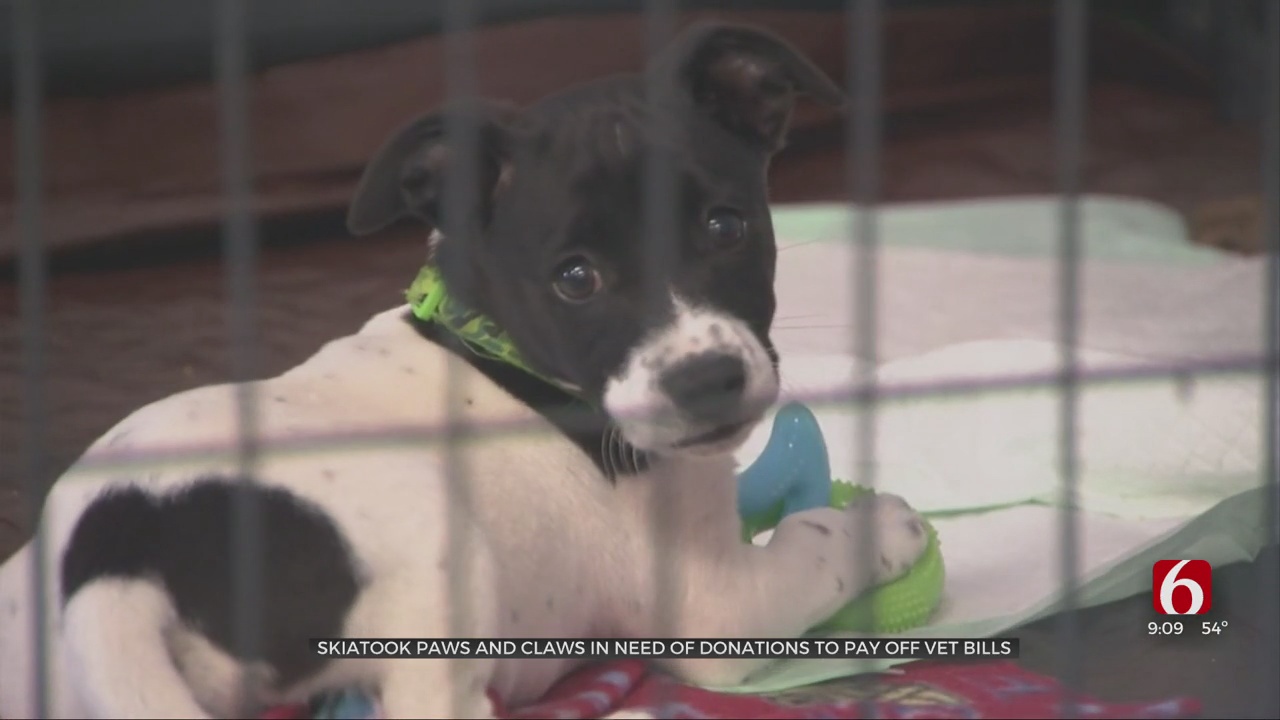 Skiatook Paws and Claws Animal Rescue says it can no longer accommodate dogs or cats due to increasing vet bills.

Animal Rescue says it has treated dogs and cats in poor condition and cared for them to be healthy.

But it comes at a price.

The president of the nonprofit, Paige Bodden, said the rescue had stopped accepting new animals.

“I would say right now we’re as overwhelmed as can be,” Bodden said. “Dog rescue, in general, is overwhelming because it’s constant. It’s endless. There doesn’t seem to be any light at the end of the tunnel in general.”

Bodden says that between the vaccination, the digging and the sterilization, the vet’s bills have piled up.

She says they try to do as many adoption events as possible.

Kellie Morton also works for the rescue and says adoption events are key to getting some of that money back.

“We only get a small portion of what we put in the dog back through our adoption fees,” Morton said.

Since Paws and Claws is a non-profit organization, it depends on donations from the community.

Bodden says freezing the intake will not allow them to help other dogs in need.

She says there are currently hundreds of dogs on the waiting list.

But Bodden says other rescues are also in trouble.

“I don’t know of any dog ​​or cat rescue in Oklahoma that stays at a comfortable level,” Bodden said.

Bodden says if it weren’t for the support of the community, the rescue would be in a much bigger hole.

“In general we have an amazing support and tracking system,” Bodden said. “We value each of our supporters and followers.”

There are several ways to help Skiatook Paws and Claws.

You can also donate through Venmo or Cashapp: @SPACAR, $ SPACAR