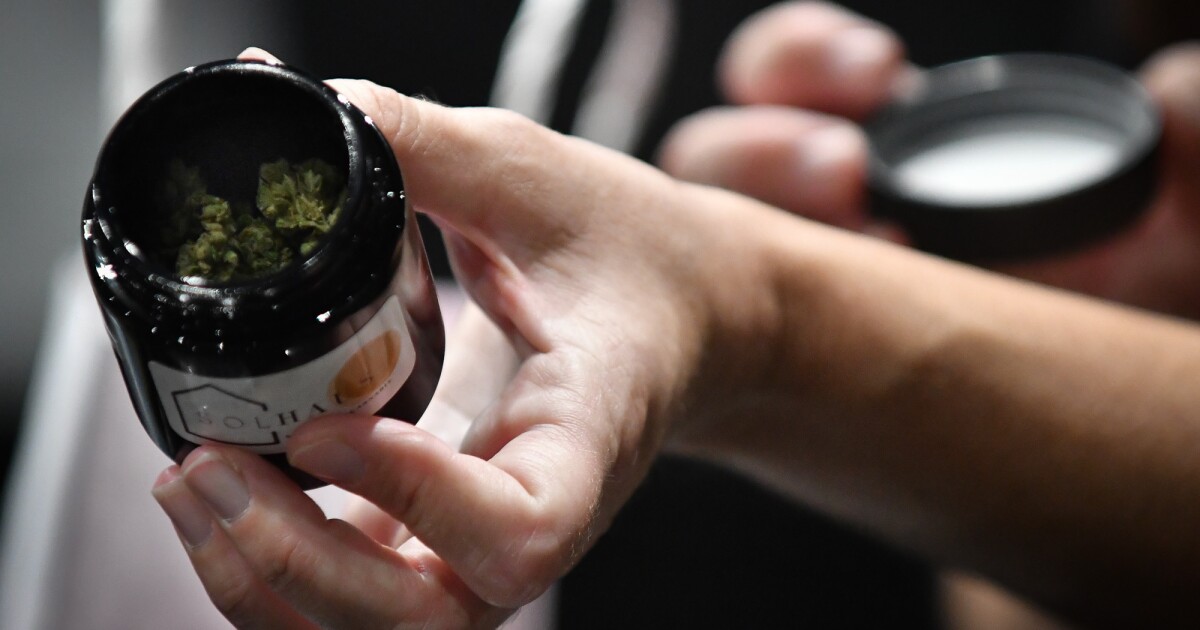 Critics of a proposed constitutional amendment that would legalize marijuana in Missouri are preparing for a long fight until Election Day.

Some of the most vocal opposition comes from cannabis advocates. They say that Amendment 3, which purports to support full legalization, would actually go against the full decriminalization of cannabis use.

Missouri Secretary of State Jay Ashcroft announced last week that the petition to legalize recreational marijuana had qualified for the November ballot with more than 214,500 valid signatures statewide.

Since then, cannabis advocates have been on a media frenzy, claiming parts of the petition are misleading. Amendment 3 will be on the statewide ballot on Nov. 8.

“It’s not that I’m against legalizing marijuana,” Tim Gilio, a longtime marijuana advocate at Lee’s Summit, told The Beacon. “We just want it done right.”

Like the Medical Marijuana Initiative petition that voters approved in November 2018, changes to legalize marijuana in Missouri would be entrenched in the state constitution and could not be changed without a another initiative petition.

Proponents of Amendment 3 say it would legalize adult-use marijuana in Missouri, create a process for those convicted of certain nonviolent marijuana offenses to seek expungement, and create a micro-business marketplace that would prioritize those historically impacted by drug laws across the country, among other changes.

But critics argue that the wording of the amendment would create unnecessary restrictions on the market and its customers.

These intricacies of the 30-page constitutional amendment, which the secretary of state called “particularly lengthy” and encouraged Missourians to read, are where advocates hope to come together to educate Missourians before they vote in November.

Expungements and potential civil charges among top areas of concern

The ballot measure would make a number of changes to how the state handles marijuana convictions. While advocates say it would improve the current process, they still fear it will leave behind some of the people most affected by drug crimes.

Rep. Ashley Bland Manlove, a Kansas City Democrat, is the chair of the Missouri Black Legislative Caucus, which opposes the amendment. She said she thinks a lot of people don’t fully understand what’s in the measure, in part because of its length.

“Normally I would say ‘go read it.’ But they’re not going to read it, because it’s about 30 pages,” she said. “You’re guaranteed they won’t read it. will then vote for it.”

The amendment campaign, which has the support of the state cannabis trade organization, the Missouri chapter of the American Civil Liberties Union and the NAACP St. Louis City, among others, says the ballot measure would offer automatic expungement of certain marijuana-related misdemeanors or crimes. But the process would not be automatic for everyone.

Based on the wording of the ballot, those currently incarcerated or in a halfway house serving sentences for Class E or D offenses involving possession of 3 pounds or less of marijuana could ask the court to vacate their sentence, to order release from incarceration and clear the cases.

Expungement would be automatic for those on probation or parole for the same class of marijuana offenses. But for people who are currently serving a sentence, the language of the amendment specifies that requests for expungement must be granted “in the absence of a valid reason for denial”.

“It’s a very broad expression. And if what we’ve dealt with so far in the justice system has any indication of how it might turn out, a lot of people could end up in jail,” he said.

Hartley noted that the measure excludes from automatic disbarment those charged with possession of three or more pounds of marijuana or cannabis-related DUI offenses, those convicted of Class C felonies, and those charged with selling to a minor.

“The campaign will say ‘automatic deregistration’ and everyone will be jumping for joy,” he said. “But again, the devil is in the details. These are very important things.

Hartley also pointed out that there was no appeal process written in the language of the ballot, meaning that if someone’s request to be struck off was denied, she could not appeal that. decision.

People with more serious Class A, B or C crimes would not be eligible to ask the court to overturn their sentence under the amendment before the end of their incarceration, including probation or parole.

Another source of concern for Gilio is the possibility of a civil citation for smoking marijuana in an undesignated public space. Those caught doing so under the potential new law face a civil penalty and a fine.

“When you’re a lawyer, you want to end prohibition, you don’t want to add things to the constitution. People are therefore surprised to learn that if you are caught smoking in public, you will receive a sanction,” Gilio said. “But why even add that? It’s not about being an advocate for ending the ban, it’s just about extending the ban.

Missouri residents would be allowed to possess up to 3 ounces of dried cannabis flower under this provision. People who possess less than 6 ounces of marijuana but more than the state-allowed 3 ounces would be subject to civil violations for the first and second offenses and a misdemeanor and a fine of up to $1,000 for a third offence.

The initiative would not change the amount required for a felony conviction, more than six ounces.

What’s next for affected defenders?

Hartley said he believes the key to defeating Amendment 3 is reaching people beyond the circle of Missourians who are already keenly interested in the issue.

“Our message still resonates across the state,” he said. “So if we do a good job, they’re going to fail.”

Hartley has launched a website that he says he will use to try to dispel misconceptions about the ballot measure. He hopes to see a coordinated effort against the measure from advocacy groups across the state.

Bland Manlove uses her position as state legislator to connect with her community and educate them on what she considers the most important things to know.

“I have the luxury of being among the people I talk to. So they know me and the people I take with me are trustworthy people, so they know I’m bringing them real information,” she said. “Now we just try to educate as many people as possible.”

Giliio said he and other advocates have been picketing medical dispensaries that financially support the measure and plan to continue with it through November.

“So we have every intention of picketing every dispensary we can across the state in every major city so that we can bring as much attention as possible to all demographics,” he said. declared. “Because these people had a vested interest in doing this.”

Under Amendment 3, medical marijuana facilities already in operation would have priority over the recreational market. The measure states that 80% of licenses initially granted for adult use must come from establishments that are already medically approved.

According to the campaign’s July financial report, some of the major donations for the campaign to win Amendment 3 on the ballot, also known as Legal MO 2022, came from limited liability companies already operating alongside of marijuana facilities in the state.

This story originally appeared on the Kansas City Beacon, another member of the KC Media Collective.

What are Christmas loans? – Forbes Advisor