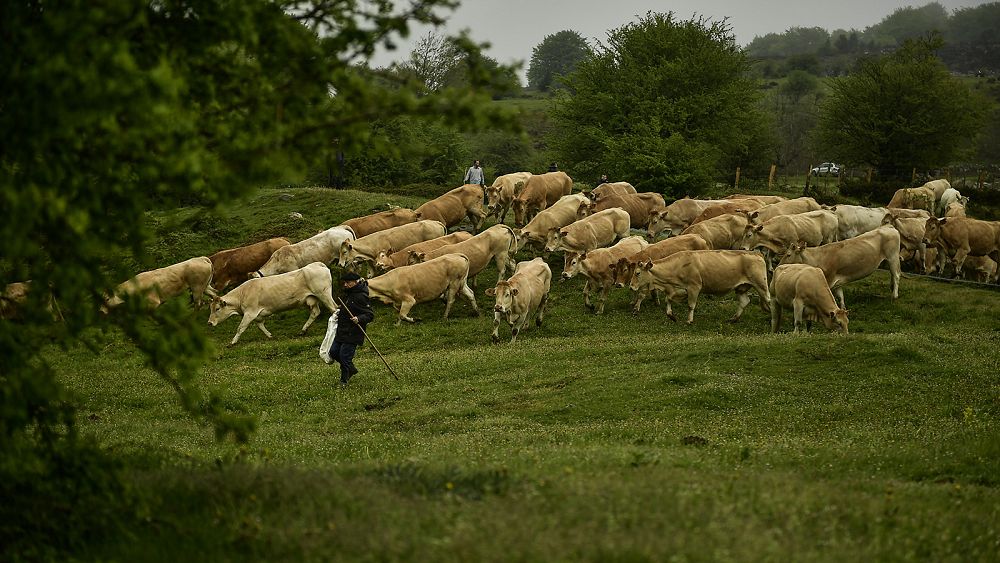 Spain has introduced video surveillance in slaughterhouses to ensure humane treatment, a first in the EU

CCTV to ensure animals are treated humanely before being killed is now mandatory in Spanish slaughterhouses.

Moncloa’s government announced the new rule on Tuesday, saying it was the first of its kind in the European Union.

“This rule puts Spain at the forefront of Europe in this area and, in addition to ensuring the welfare of animals during their passage through slaughterhouses, it also improves food safety guarantees for consumers,” said Consumer Affairs Minister Alberto Garzon.

The measure was approved at Tuesday’s cabinet meeting and will now be swiftly submitted to parliament for approval.

This has already been agreed with the industry, government spokeswoman Isabel Rodriguez told a news conference.

“We will be the first country in the European Union to have a mandatory video surveillance system in slaughterhouses,” said the consumer ministry of the left-wing government of Pedro Sanchez.

Guillermo Moreno, executive director of Equalia, an NGO that has lobbied for reform, said he was pleased with what he called “a necessary and important first step in raising animal welfare standards in slaughterhouses. “.

He added that England, Scotland and Israel had already introduced the measure in their slaughterhouses.

Under Spanish rules, butcher shops will be required to retain video footage for later verification by authorities.