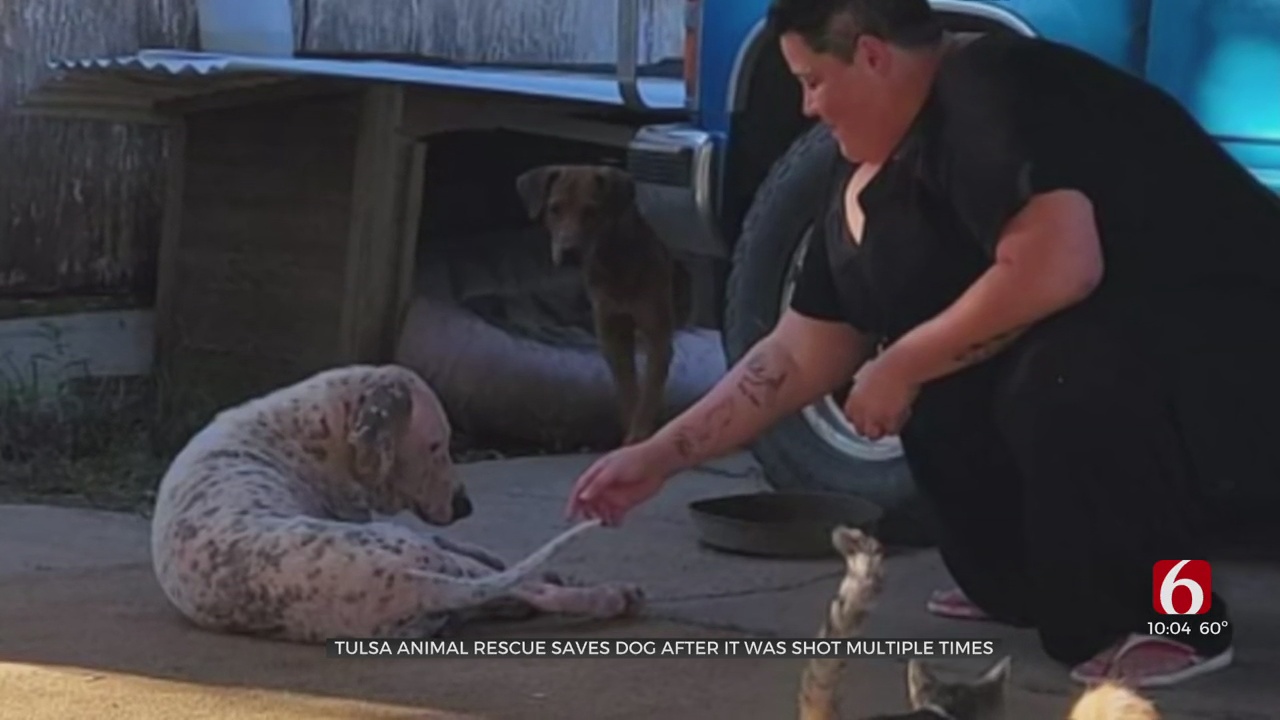 An animal rescue from Tulsa is doing all it can to help a Dalmatian who was repeatedly hit before being rescued in September.

When Mercy Sakes 2nd Chance Dog Rescue first met Victor, his skin was like cement and that’s how he got the name Victor. It bears the name of one of the gargoyles in the film “The Hunchback of Notre-Dame”.

“We’re focusing more on the dogs that are neglected. The ones who really need that second chance,” Reynolds said. “[T]hey initially so broken and so scared but then they start to open up again and just the idea that something can be so broken and then find love and happiness and i don’t know the belly is rub, it’s just uplifting. “

Cats may have nine lives, but Victor proves to his new parents that he has them too.

“His leg was raised like that and he had no fur, and it became my mission from that point on to try to save him,” Sasha Smith said.

Marcia Reynolds and Sasha Smith are co-owners of Mercy Sakes and have said this 8-year-old Dalmatian mix has been on their radar for some time now. They had seen several messages and photos of worried Tulsans.

“I ended up calling the Oklahoma Alliance for Animals and bringing in the police and just to get access to the property,” Smith said.

“It goes beyond mere neglect and I didn’t know what to do with this dog, so I let him run. I mean, these are vicious acts. Malicious acts towards these animals,” Marcia said. Reynolds.

He’s covered in skin lesions and horrific wounds. He even had a stick stuck in his mouth that had to be pulled out.

“We’re constantly learning new things about Victor every time we go to the vet,” Reynolds said. “He is now on three legs and thrives on all three legs.”

Victor has had heartworms, several surgeries, and is recovering after having a leg amputated because he was shot and the bullet shattered his elbow.

“Of course that was her cute foot and the cute foot had four spots on it,” Smith said.

“These are BBs right here. These lumps,” Smith said.

Mercy Sakes put coconut oil in Victor’s food and vitamin E oil all over his body.

“He’s all we stand for. I mean we always aim for the underdog,” Smith said.

Smith and Reynolds think Victor is one of a kind. They said he was so loving. His favorite snack is goldfish.

“This dog went from snapping, growling, trying to bite us, to rolling over on his back and smiling and begging for food,” Smith said.

Victor went from being homeless to having two mothers and a huge number of Facebook followers. Reynolds and Smith adopted him and documented his journey.

“Victor’s gratitude and his will to live after everything he’s been through is inspiring when it comes to Victor. You can’t help but see his smile and know his story and you can. – to be the impression that there is hope, ”said Reynolds.

But they said his situation is not unique.

“It literally takes a village to save all these dogs. There are so many of them. And so, I hope people don’t drive by when they see a dog like Victor,” Smith said.

Mercy Sakes has seen an increase in animal abuse cases since the pandemic and said local shelters and rescues are down. The rescue has been open for two years and has just reached its 1000th rescue. They said pet owners should be proactive and get their dogs spayed and neutered.