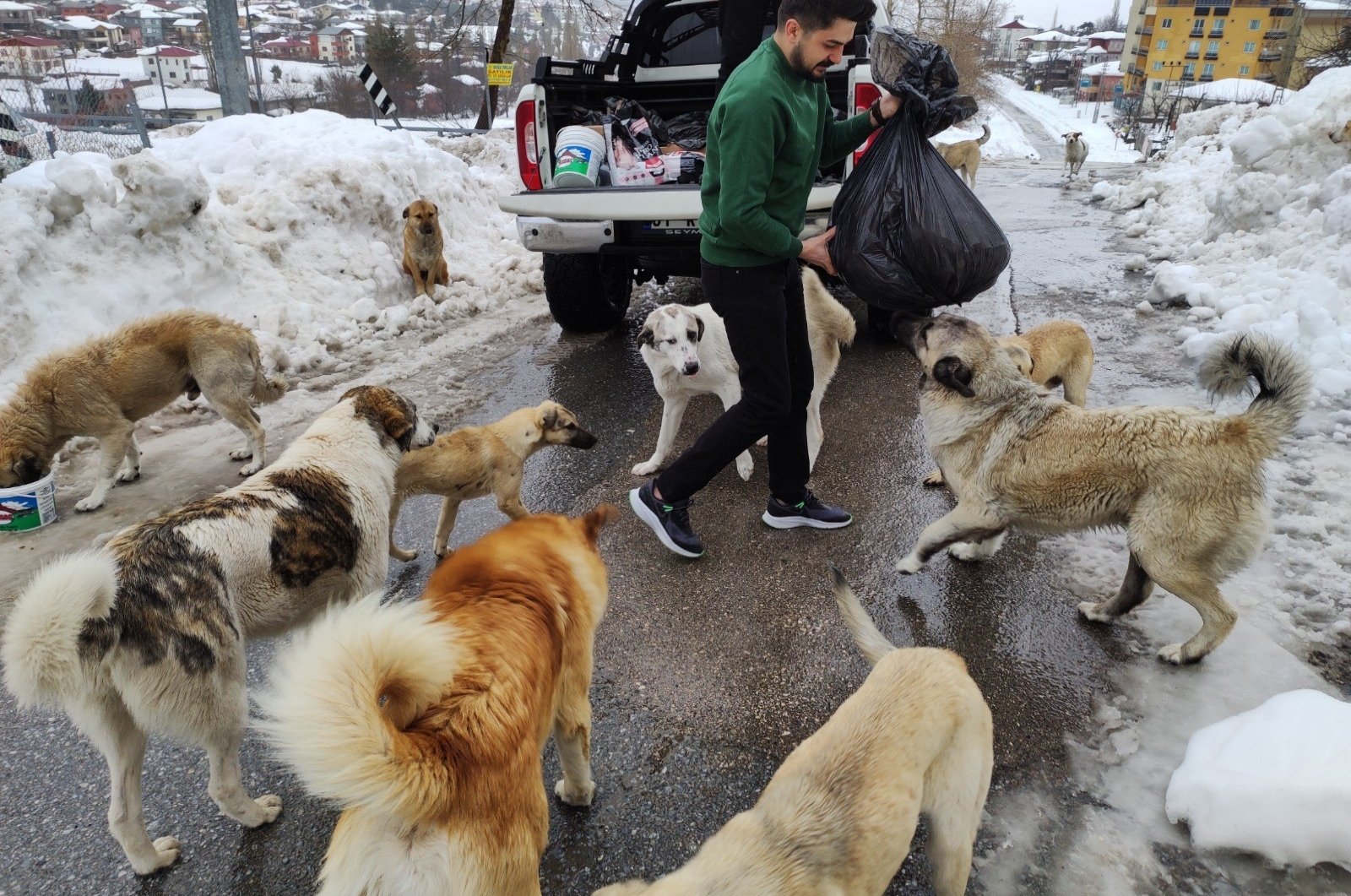 Turkey steps up safety efforts for stray animals and citizens

The Ministry of Agriculture and Forestry is continuing its overall efforts on safety and health for stray animals and citizens, a debate that surfaced after bystanders were recently attacked by dogs in Turkey.

Over the past 18 years, more than 2.1 million strays have been vaccinated, while more than 1.8 million have been neutered and 461,762 have been adopted from animal shelters, according to information compiled by the ‘Anadolu Agency (AA).

While financial support has been provided to 81 local governments in 56 provinces for the construction of animal shelters between 2009 and 2021, necessary changes have been made to legislation and inspections have been strengthened.

Apart from rehabilitating these animals, efforts are also being made on issues such as ownership, legal regulations and control. Municipalities and non-governmental organizations (NGOs) also support projects under the coordination of the Ministry of Agriculture and Forestry.

The ministry has prepared public service announcements in collaboration with NGOs to raise public awareness about animal protection. These spots were broadcast on national channels. In addition, brochures, booklets and posters on the protection and love of animals have been printed and various educational activities have been organized in schools.

Municipalities with less than 25,000 inhabitants are required to rehabilitate animals in the nearest municipality. Most striking of these regulations was the requirement for cat and dog owners to register their animals with digital identification methods by the end of this year, AA said.

In addition to the article, which imposes an administrative fine of 2,000 TL ($136) per animal for those who abandon their pets, it will be prohibited to keep cats and dogs in places where pets are sold from July 14, 2022.

There are currently around 6 million stray animals in Turkey that have not been rehabilitated. The number of animals in 289 animal shelters with a capacity of nearly 99,000 animals, established by local governments, is estimated to have reached 4,317 by the end of 2021.

Financial support has been provided to local authorities for a total of 391,488 animals to sterilize strays between 2017 and 2021 under a stray animal sterilization programme.

The establishment of land and water circuses and dolphin parks where animals are used has also been banned.

With regard to the existing enterprises, it was decided that the increase in capacity or the replacement of lost animals was prohibited and that these enterprises would cease their activities after 10 years. An administrative fine of TL 25,000 will be imposed for violation of the prohibitions.

Turkey has been looking for a solution to the problem of stray dogs on the streets for many years. It is much easier to adopt a dog in Turkey compared to many other countries. Even dogs that were classified as “dangerous breeds” could be easily adopted before the dangerous breed regulations.

National regulations banning “dangerous breeds” came into effect on December 7 in Turkey. The new regulations are part of a broader animal rights bill implemented last year and also include fines for those who abandon dogs instead of handing them over to shelters. All dogs will be neutered at veterinary clinics prior to check-in and will be microchipped to track their status. Owners are also required to leash their dogs and cover their mouths with muzzles at all times to prevent attacks on people and other animals. They are also banned from public spaces such as playgrounds.

Under the regulations, it is illegal to own a Pit Bull Terrier, Dogo Argentino, Fila Brasileiro, Japanese Tosa, American Staffordshire Terrier or American Bully. People who sell these dangerous dogs, barter them with other breeds, exhibit them and smuggle them will be subject to a fine of $1,106 (14,982 TL) per dog.

According to the law, owners must also apply to the provincial or district directorates of agriculture to be registered in the PETVET system with a document regarding sterilization.

Keep up to date with what is happening in Turkey, in its region and in the world.

Florida man dies after falling from ladder while working