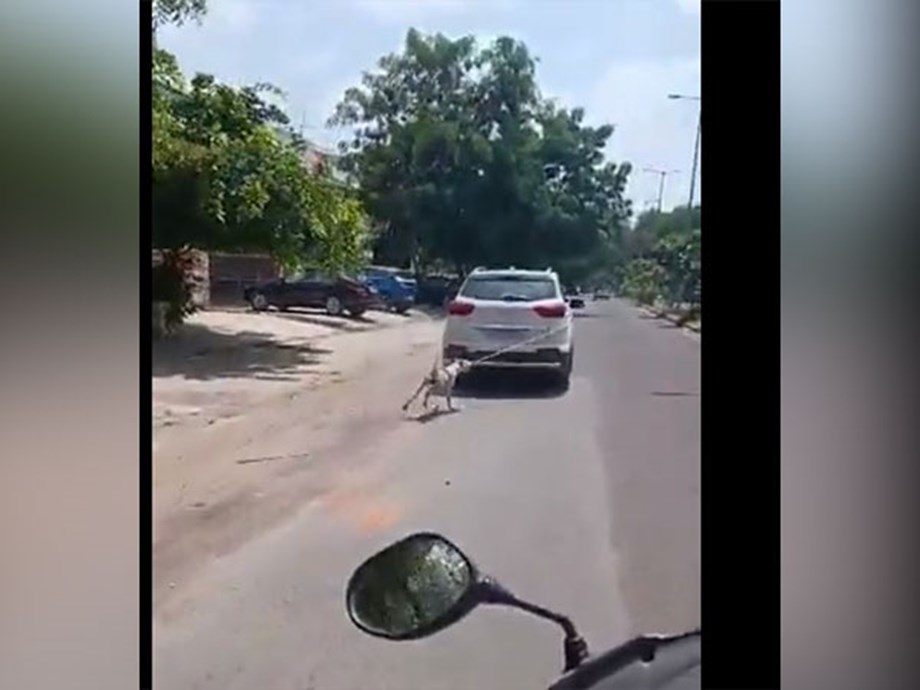 A video that has gone viral on social media shows a dog chained to a car being driven by a doctor being dragged down the road in Jodhpur. Police have taken action against the driver on the complaint of Maneka Gandhi, leader of the Bharatiya Janata Party and animal rights activist.

On the other hand, the director of SN Medical College Dilip Kachhwaha gave a show cause notice to the accused doctor and demanded a response within 24 hours. NGO Pukar Animal also registered a case at Shastrinagar Police Station following the case. The video was shot in Jodhpur, Rajasthan on Sunday, according to reports.

Aparna Bissa from the NGO said that Dr. Rajneesh Galwa is Assistant Professor of Plastic Surgery at MGH. “The person who did this is Dr. Rajneesh Gwala and the dog’s legs have multiple fractures and this incident is about Shastri Nagar Jodhpur. Please release this video so that CP Jodhpur takes action against him and revokes his license,” reads the tweet from the NGO broadcasting the video.

On the information, the canine shelter workers arrived on the scene and sent the dog for treatment. Some people have alleged that when they tried to stop the doctor’s car, he tried to hit them with the vehicle. Meanwhile, the doctor said that the dog often enters the house and does not stop barking outside the house and that is why he was going to leave the dog in the company enclosure. (ANI)

(This story has not been edited by the Devdiscourse team and is auto-generated from a syndicated feed.)