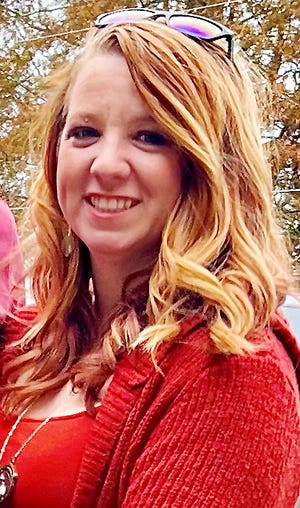 It started with a terrible illness a few weeks ago and my daughter (who became my “mother”) took me to my doctor. There he said, “I can’t help it; Call an ambulance!”

It seemed to me that a few minutes later two women showed up, loaded me onto a stretcher, rushed me out of the building and into a waiting ambulance, and off we went. One of the women was inside the ambulance, next to the stretcher, removing my shirt and preparing to place an IV in my arm. And she did it while we were heading to the emergency room of a local hospital. The final diagnosis was severe dehydration. All is well now, fortunately.

And that’s how I met Jennie Ridens, a no-nonsense paramedic who loves her job – especially, I think, the part that has her rolling alongside a seriously ill or injured patient in the back of a ambulance as she rushes for expert medical attention. at a local hospital. Or, in some cases, to a medical facility in a distant city.

While waiting for the ambulance to arrive, the doctor’s nurses told me not to worry: “Whoever comes to take you to the hospital has veterinary experience and is learning to treat humans; she’s good with dogs and cats and has now gone from vet tech to ‘human tech’,” laughing loudly at their joke.

That bit of humor turned out to be true, even though Ridens’ time at Dr. James Isbell’s clinic was a long time ago. “He was my vet,” she said. “I started doing volunteer work there, which turned into a part-time job, then full-time. I loved working with him and all types of animals that were brought in for treatment.

Ridens is the daughter of a military family, born in Germany but brought to the United States as a child. She was educated at the Gaston school, in primary and secondary school. She played softball in ninth grade, but became a time-consuming book reader instead of playing sports. “I always love to read,” she said. “The ‘Harry Potter’ stories are my favorite.”

The medical part of the job at the veterinary clinic fascinated Ridens. This led her to become interested in becoming a technician in another field, which eventually led to her obtaining a paramedic license.

She quickly learned what would amount to a “college education” by attending Gadsden State Community College’s satellite locations held in the evenings at various volunteer fire departments by competent instructors, mostly licensed paramedics.

Ridens signed up for classes in 2015 and began the arduous task of becoming a paramedic. She found that there are many steps to obtain this license. The starting rank is that of a basic emergency medical technician, authorized to provide basic care such as caring for wounds and putting a person on oxygen. After further training, a person can reach the EMT-1 level and then advanced EMT ranks with even more education.

The paramedics are top notch. They are authorized to give many drugs, able to give and read electronic cardiogram, give intravenous drugs and much more.

“I really enjoy the medical part of my job,” Ridens said with a smile. “We are able to treat so many people in so many different ways; we are always on the move.

I’m sure many readers can attest to the wonderful work done by the men and women who have “gone the extra mile” to become EMTs and paramedics. They are a valuable part of our communities, and I am sure you will join me in saluting them for the work they are called upon to do for us.

Harry D. Butler, a former broadcaster, is a motivational speaker and author of “Alabama’s First Radio Stations, 1920-1960”. Butler periodically sits down with someone remarkable and then brings the conversation to readers.