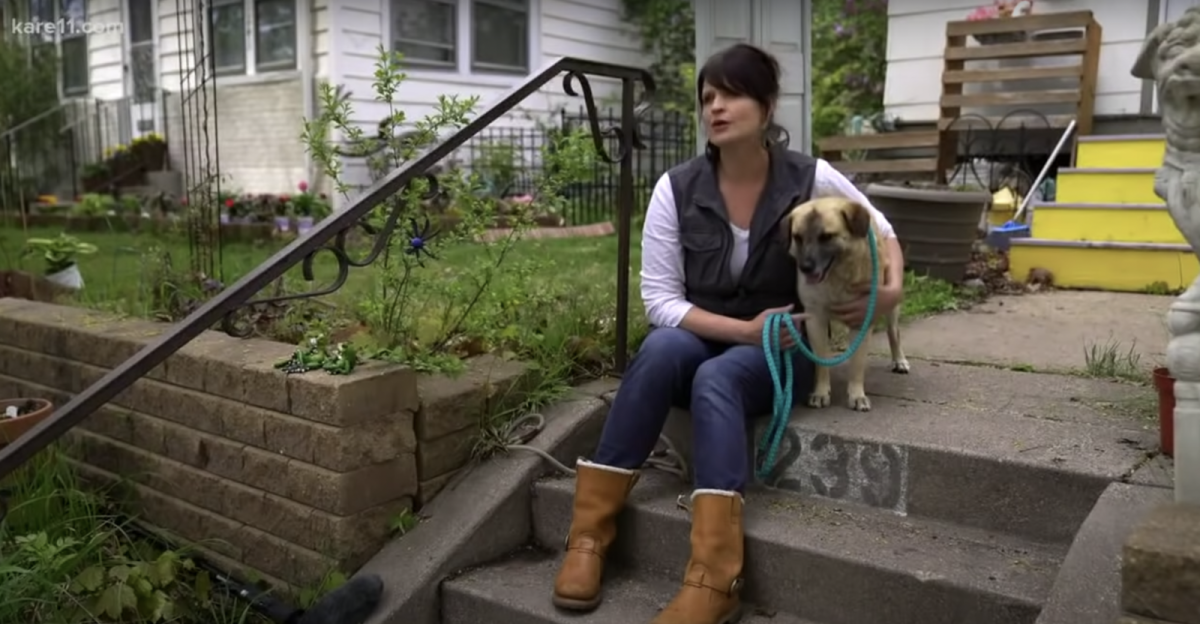 This adopted German Shepherd mix ran away from his new owners and found his way back to his adoptive mother almost 30 miles away!

Six-year-old German Shepherd mix Zelda has proven that she is indeed unchallenged when it comes to leadership. It took her 97 days, but she finally returned to her adoptive mother.

Zelda’s story began when she arrived at the Wags & Whisker animal shelter in Twin Cities, Texas. The shelter was overcrowded and Seneca Krueger was chosen to host Zelda. She stayed with Krueger for seven months, and Zelda would have been afraid of her shadow most of the time. Krueger said Zelda didn’t wag her tail for two months and only barked after four months.

After seven months, Krueger, who has fostered between 30 and 40 dogs, felt she had done enough legwork to be adopted. A family 30 miles away ended up adopting Zelda, but it hit Krueger harder than she thought.

“Out of 30, 40 foster dogs, what happens is you love them and then you let them go and you take the next one,” Krueger said. “And with Zelda, I adopted her and spent three days crying. I felt like I lost my dog.

Krueger was informed that Zelda ran away just ten days after her adoption. She immediately joined the search.

“Three times a week I was away for four or five hours,” she said. “The days when it was minus 30 were the days I was most worried about her. I was out all day trying to find her so she could get warm.

According to social media posts at the time, there were dozens of sightings across the region. Krueger thought she would never be found. That’s when she contacted START for Dogs, an all-volunteer lost pet tracking organization.

Finally, 51 days after the last sighting, someone took a photo through a car window of a German Shepherd mix walking along St. Mary’s Cemetery in Minneapolis. Krueger and the START for Dogs team immediately began to follow suit. “I think I put 127 flyers in this neighborhood,” she said. Krueger thought Zelda was trying to find her way back to her.

Finally, someone got a photo of a dog that looked like Zelda just two blocks from her house.

“I couldn’t sit still,” Krueger said. “I had just left – I walked for an hour and came back to see if she was there, and immediately, came back for another hour.”

Meanwhile, a few miles from Krueger’s house, Zelda had ventured into an alley of a few neighbors, Mike and Susan Willis. They started feeding her and she kept coming back. START for Dogs set up a trail camera and filmed the dog thinking it was Zelda. One night they set a trap next to the food.

At 4:30 a.m. Krueger got a call and she went to see if it was her lost puppy. Although she was slimmer and lighter in color, it was Zelda after her 97-day long journey.

“I think we think we choose the dogs, but I really think the dogs choose us, and I think that’s what happened,” Krueger says.

Public funding gives us a greater chance to continue to provide you with high quality content.Click here to support us

For more content on animals, earth, life, vegan food, health and recipes published daily, subscribe to the Newsletter A Green Planet! Also don’t forget to download Food monster app on the App Store. With over 15,000 delicious recipes, this is the largest resource of meat-free, vegan, and hypoallergenic recipes to help you reduce your environmental footprint, save animals, and get healthy!

Finally, public funding gives us a greater chance of continuing to provide you with high-quality content. Please consider support us by making a donation!

The Pet Shop: Events in the Triad | Blog: The pet store